For those in the know, Shakespeare’s perennial appeal has nothing to do with the trappings of pageantry or the use of iambic pentameter. Rather, it has everything to do with his timeless insights into the human condition. Certain themes in King Lear echo within several sets of characters, but two topics in particular encapsulate the experiences of 21st century Britain – the neglect of the elderly and the exponential rise of homelessness.

Comprising five episodes that were originally released online on a weekly basis, Lear Alone uses Shakespare’s play as a jumping-off point to distil the experience of isolation with well-known (and not so well-known) sights of London. Performed by Edmund Dehn and directed by Anthony Shrubsall, we find ‘Lear’ left by his relatives at a retirement home. As Dhen delivers the ‘partition of the kingdom’ speech, the occasional shot of Lear speaking to himself is open to interpretation. Does Lear have dementia? Is he recalling a conversation from a long time ago, or is this all in his mind?

Leaving the retirement home ‘without permission’, Lear receives messages periodically on his phone, that state his absence has everyone worried. But as the messages are not from his own family, they are ignored. A sense of abandonment, pride and perceived loss of dignity can sting even the most stoic of people.

The episodes are broken down into five topics: abdication, dissolution, isolation, desolation and reconciliation. But as we see Lear adjusting to his circumstances and navigating his turbulent emotions at different locations, we see that what he’s going through mirrors the stages of grief (denial, anger, bargaining, depression and acceptance) – grieving for his loss of identity, a caring family, a place to call his own…

Theatres associated with Shakespeare (such as the Globe) feature in key scenes, a nice nod to the Bard’s mark on the landscape of London. It is, however, the choice of urban locations outside unique shops, subways, tunnels and so on that have a synergy with Lear’s state of mind. 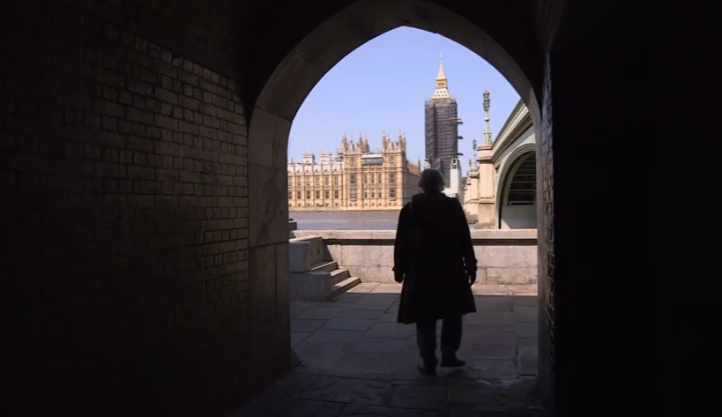 Certain shots of Lear near Westminster have a double significance. Firstly, they remind the viewer of how Lear is so near and yet so far from his former life, when he had control over his own life and the lives of others. The shots are also are also a reminder of the visible plight of homelessness – within sight of the corridors of power, but routinely ignored.

Kudos to has to be given to Charles Teton for his handling of the cinematography and sound recording on the project. Many of the scenes were filmed in public, utilising natural light and ambient sound, but Teton has used this to his advanatge to create something technically adept, yet organic. 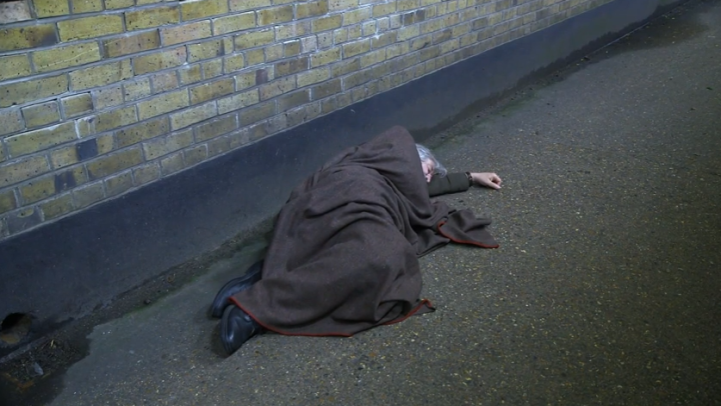 Setting Shakespeare’s plays in modern times is nothing new, but Lear Alone is an imaginative take of one of the Bard’s most popular plays, transposing a tale of mythical Albion to the harsh reality of Broken Britain.

It is available to watch online until 31st August.
https://www.scenesaver.co.uk/production/lear-alone/
https://www.youtube.com/channel/UCRc2lmDAjXa1_wLCuL-PKFw