“I doubt that she’s changed. People don’t. Not when they’re old. Not if they don’t have to…” – Bryony

The subject of racial relations often evokes a visceral reaction, varying from responses of anger and indignation to defensiveness, justification and denial. Just bringing up the subject at all can be ‘offputting’ for some, suspecting a one-sided ‘didactic discourse’ with no degree of nuance… Colour – which is written and directed by Diana Thomas – eschews broad statements about society, focusing instead on two families. Performed by Madeline Del Real, Bryony is a young woman who after making a discovery, is compelled to visit the neighbourhood where she grew up. The ‘old neigbourhood’ is very much a crucible for Bryony’s memories, learnt behaviour and ‘ghosts’ that haven’t been laid to rest… 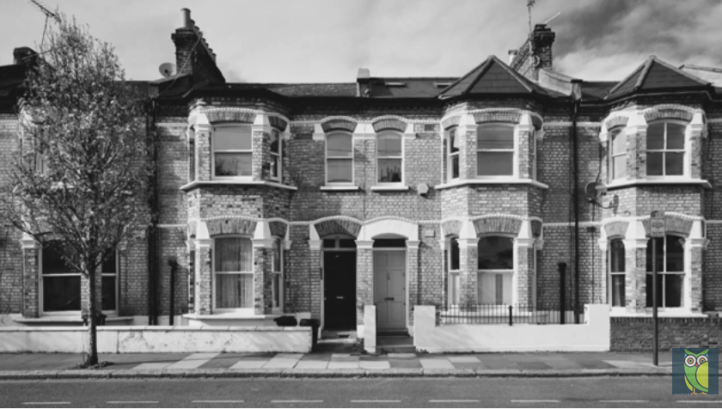 Following the death of her grandmother, Bryony and her mother Janet vacate their home (leaving behind their furniture) to live in the grandmother’s property, which is just around the corner. The ‘throwing out’ of the furniture by the Pearsons, the new occupants, upsets Janet no end. This event is pivotal for two reasons: an intense, lifelong animosity between Janet and Eloise Pearson, and conversely a thriving friendship between Bryony and Eloise’s daughter, Elle.

Relationships – especially female relationships – are an integral part of the play, as we see the respective daughters assimilate to a degree the attitudes and worldview of their mothers. However, because the girls are ‘too close’ to see objectively, they don’t question what they’re told – or at times don’t feel they can.

As someone who is concerned about her looks, Elle takes to heart Eloise’s assertion that she will never be deemed as pretty as a white person. But while Bryony assumes that this is Eloise’s heartfelt opinion, the almost total absence of people of colour in the magazines they look at uncomfortably shows the preference for the fashion industry at large. In contrast, Janet has a keen interest in Bryony’s ‘love life’, but there are ‘limits’ to who she deems is an acceptable match. Certainly not someone who ‘Uncle Mac’ would disapprove of…

Janet as a character is abrasive in general, so we hear that she has a low opinion of other neighbours, as well as Eloise. What is very evident though, is that a lot of her ‘retaliatory’ behaviour stems from a lack of self-worth. And while Mac’s fictions momentarily make Janet feel better about herself, deep down she’s inscure.

The fact that the supposedly ‘inferior’ Pearson family are well-educated, affluent and cultured flies in face of all Janet’s prejudices and sticks in her craw. Everything about the Pearsons contradicts the ‘myths’ about people of colour. But suspecting that Eloise has a ‘less-than-favourable’ opinion of her’ (which does have some basis in truth) Janet holds onto this insight with relish. On this perceived slight, Janet projects her own insecurities and coaxes all who would listen to her way of thinking. 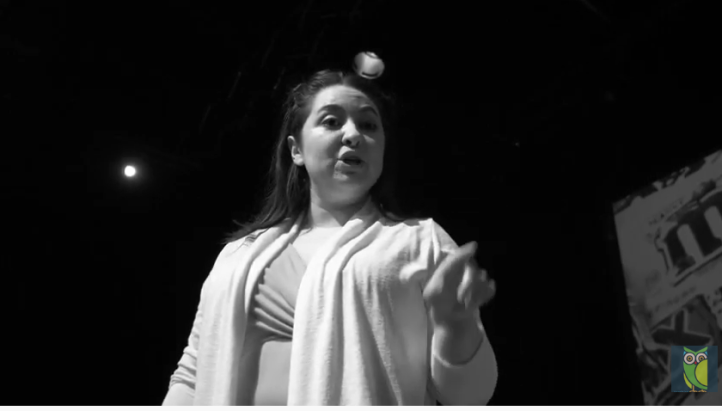 The male relationships in Colour also have a great bearing on the women in the play, either as catalysts for opinions or directly involved in events that lead to clashes. This, however, is more true in the case of Bryony than Elle. The perennial presence of ‘Uncle Mac’, a National Front supporter, leads to not only the break-up of Bryony’s parents marriage, but also involved in key events later in life. Much like the treats he brings Bryony as a child, behind Mac’s superficial ‘charisma’ and ‘sweet’ exterior lies a centre that is ‘sour’ and full of malice. In this respect, Colour touches on similar themes to Shane Meadows’ This Is England, where the battle for England’s soul is represented by a teenager and the ‘opinionated’ adults in the vicinity…

But while Colour gives an in-depth coverage of the tensions between the families, the real moral crux of the play lies in Bryony and Elle’s friendship. While ‘behind closed doors’ the teenagers happily spend time together, their ‘dynamic’ out in public is a different matter altogether. The play hints at the ‘inequality’ in their friendship with regards to who offers support when it’s needed and how this bears in relation to the content of their character (or lack of). Certainly the ‘deafening silence’ from Bryony at crucial times has profound consquences, throwing into sharp relief the culpability of those who say nothing.

During the early part of the play, the audience is inclined to believe everything Bryony says, without question. Later, as memories of her older self are divulged, we are prone to question her self-awareness. Not that Bryony tells ‘absolute falsehoods’ about the ‘facts’. It does become apparent though that on certain issues regarding her mother’s and other people’s behaviour, that she has a ‘blind side’ – areas where she can’t (or rather unwilling) to look at critically. 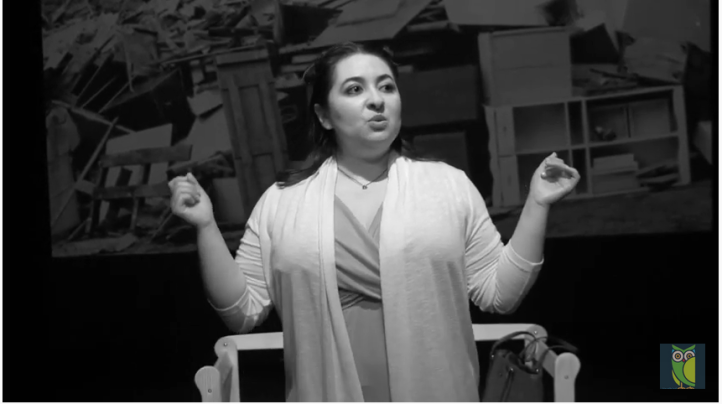 However, to understand Bryony’s testimony with absolute clarity, one has to weigh what’s said in the play’s denouement. Everyone at some point in their lives has said and done things that are hard to justify in the cold light of day, but the absence of contrition is hard to reconcile with in any form. No amount of guilt or depression can justify an unwillingness to relinquish the ‘right’ to harbour malice, especially when such opinions are harboured at a subliminal level…

Thomas’ rich play manages to sidestep clichés and the demonising of parties, while navigating the thorny minefield of grassroots racism. In keeping with its nuanced writing, Colour shows how people of all backgrounds are susceptible to feigning civility, using acts of ‘kindness’, ‘politeness’ and even smiling to hide their innermost thoughts and feelings. Equally important to the success of Colour is Del Real’s nuanced performance, channelling the full spectrum of Bryony’s conscious and unconscious responses.

Yardbird Theatre’s Colour is available to watch online, as part of the Edinburgh Festival Fringe: https://tickets.edfringe.com/whats-on/colour-1