Relationships – the bedrock of society. Even with physical seclusion measures at present, interaction is still maintained via social media and technology in a way that wouldn’t have been possible even 10 years ago. Still, 2020 is a time for taking stock of human connection, which all too often can be taken for granted. In OPEN Ealing’s Love Screens – three short plays that are written by Nicolas Ridley and directed by Anthony Shrubsall – relationships are placed under the microscope: those that have run their course, those that have remained in a state of inertia and those that may blossom, given the right circumstances.

Regardless of how one feels about the COVID lockdown, there’s no denying that it has prompted reflection on the importance of physically being with people and relationships in general. Case in point: Claudia…

Besties
Performed by Sophie Morris-Sheppard, Besties finds the ‘perennially popular’ Claudia waiting for her friends to join her for a scheduled Zoom call. Claudia, by her own admission, has always been liked by men… but women in general feel very differently about the attention she draws. Working in an office that is mostly comprised of women doesn’t help Claudia’s feeling of isolation there. Thank goodness then that she has her three “besties” when she feels in need of some female comaraderie…

As a character, Claudia is always ‘truthful’ – at least with regards her feelings. But in terms of the interpretation of her own emotions and others’ behaviour, it’s evident through what she says there are gaps in her understanding of matters of the heart. If someone admitting they love you means they’re “needy”, what does that say about your own values and way of thinking?

Setting the monologue during the lockdown also brings into focus Claudia’s expectations regarding long-term relationships and in particular, with her boyfriend Andy. If there is any truth to the adage that ‘you marry not just the spouse, but their family’, Claudia has hit the jackpot – Andy, as well as his whole family, possess a pleasant, easy-going nature. But faced with the prospect of cohabiting, Claudia has ‘cold feet’. At an intuitive level, Claudia ‘knows’ that Andy’s presence would be a private and public admission he is her ‘significant other’. But FOMO – the Fear Of Missing Out on something ‘better’ – colours her judgement and having one’s own way in the interim doesn’t guarantee happiness in the long-term…

Besties tactfully unpicks the ambivalent feelings about belonging and commitment – how ‘lack of control’ over one’s time and space can be construed as ‘stifling’, but can endgender a different reaction over time. The monologue also throws a light on ‘friendships’ – those who are admitted to one’s ‘inner circle’, the ‘reason’ for such ‘friendships’, and who really holds the ‘power’ when the majority in the circle are ‘passive’.

Keep people at a distance long enough, they’ll take you at your word you want to be left alone…­­

Trees of Nature
Echoing the sentiments and structure of One Day by David Nicholls, Trees of Nature focuses on Daisy (Isabella Inchbald) and Simon (Calum Wragg-Smith) as they’re interviewed about their former relationship. Initially meeting at a folk music event in Chalk Farm, London, Daisy and Simon make a connection. They consequently spend every day together and things seem perfect. But far from having Simon all to herself, Daisy accepts that he is a ‘social butterfly’ and has an active love life which doesn’t include her.

Following the years at university where they had very different experiences, Simon and Daisy bump into each as young adults – albeit less frequently. However, when they do meet, each occasion is pivotal – threatening to progress beyong the platonic ‘friend zone’, but never quite…

Core to the play is the notion that people for one reason or another fail to recognise – or at least act – when something special takes place in the moment. Certainly with the anecdote they both recite about the pelican and the pigeon, we recognise the couple’s ‘inability’ to act, despite the extraordinary event they were witness to.

The ‘tension’ between the characters is exacerbated by the fact that ‘what might have been’ perennially hangs in the air, without closure. Simon intuitively feels ‘at home’ with Daisy, sharing so much of his life with her, but doesn’t consciously equate it to emotional intimacy – or at least qualities essential to ‘girlfriend material’. Conversely, Daisy projects a sensitiviy and self-awareness on Simon which doesn’t exist. 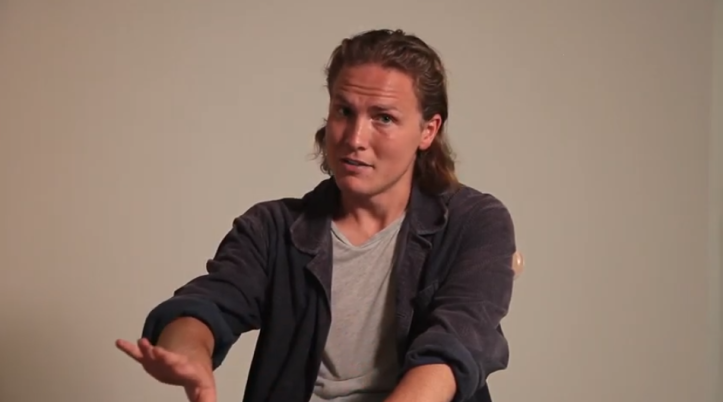 It has been speculated that men and women can’t be friends, that the ‘sex part’ gets in the way. Certainly in the case of Simon and Daisy, the absence of frankness may have been conversely responsible for their ‘stagnant’ relationship, the mutual ‘keeping the frendship at all costs’ preventing the risky step of rejection or taking the relationship to the next level. 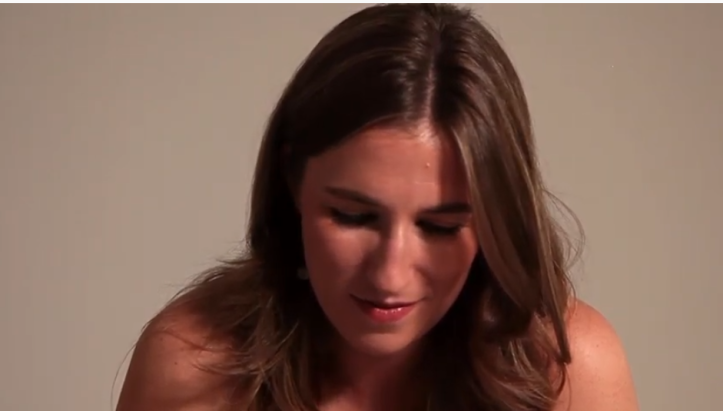 Ultimately, for Simon and Daisy, the qualities each thought ‘the One’ should possess led to very different expectations of each other…

Four Sides of a Triangle
The longest and arguably the most nuanced of the three plays, Four Sides of a Triangle addresses the aftermath of a relationship. What separates this play from the previous two examples is that it looks beyond the standard ‘he said/she said’ set-up, as well as addressing the role ‘external factors’ play in the characters’ bonding and misunderstandings.

While the play is primarily about Kate (Sarah Lawrie) and Adam (Alexander Jonas), at the centre of this Venn diagram of relationships is their mutual friend Sarah (Samantha Parry). Knowing both parties intimately for many years, Sarah not only likes both of them equally, she also has a fair idea of how each of them ‘ticks’ and most importantly, doesn’t take sides.

But while Sarah kept her distance during the throes of the relationship, there was one perennial presence who in his own way ‘shaped’ the turn of events – Jeremy (Stephen Omer). Four hundred years ago, Jeremy would have been a Shakespearean character, cut from the same cloth as Edmund or Iago. But it’s kudos to Ridley’s writing that Jeremy isn’t an out-an-out Machiavellian character. At times his deliberate presence to coax outcomes are more akin to Puck in A Midsummer Night’s Dream – well-intentioned, but going awry. His actions (eventually) do bring the couple closer together – just not in the way intended… at his expense. It is only later when he catches wind of how he’s perceived that intentons are ‘less than benign’…

But why is Jeremy so influential in the play? This goes back to his self-apponted role as ‘midwife’, ‘nurturing’ the couple’s burgeoning relationship. Adam is a cultured, orderly and private individual – arguably not the easiest person to get to know at short notice. In contrast, Kate has an outgoing personality, whose every waking hour is spent with people in a working or socialising capacity. ‘Down time’ is not a phrase readily associated with her. While there may have been initial awkwardness between these very different personalities in getting to know each other, Jeremy’s perennial presence acts as a catalyst – the couple’s frustration at lack of privacy triggers their desire to know each other ‘independently’ and eradicatng any unease they might had in the process.

Each of the respective actors elicits natural interest in their character’s point of view. As we’re coaxed into the characters’ confidence, they all give the impression they’re ‘perfectly reasonable’ and have the best of motives. Yet there is an underlying tension because nobody else is privy to their intentions. In the case of Kate and Adam, they are quite open about their own shortcomings and the positive things the other party brought to the relationship. In an unspoken fashion, Lawrie and Jonas convey that it wasn’t for one ‘bad day’, their characters might still be together…

OPEN Ealing’s Love Screens is a pay-per-view production that premiered on 11th September. It can be watched at http://www.openealing.com/love-screen/ until 22nd September. Tickets £10. All proceeds will be split between the actors, other creatives and OPEN. For a limited period, it will later be found at Scenesavers.
https://www.youtube.com/watch?v=WprHdwSFsfI