While the reign of Charles II ushered in a libertine ambience in 17th century Britain, the two people who exemplify the spirit of the age were women – and ‘known’ to the king himself… Written by Claire Louise Amias and directed by Alex Pearson, Oranges and Ink looks at two extraordinary women who on the surface are very different, but actually have much in common.

For Nell Gwyn (Sarah Lawrie), her meteoric rise to fame from orange seller to actress/mistress of the king is nothing short of remarkable. Regardless of her ‘patronage’ though, her natural talent and charisma is what sets her on the road to success. The same could be said for Aphra Behn (Claire Louise Amias).

One of the first women in Britain to earn her living by writing, Behn for a time worked for the Crown as a spy in Antwerp. It is, however, as a purveyor of wit and wordsmith of renown that Behn makes a name for herself. As a playwright and an actress/mistress respectively, the positions of both women were subject to the ephemeral whims of the king’s favour and public opinion.

Highlighting their respective success within rival theatre companies in London, Amias explores the synergy of their circumstances. And just like the Restoration comedies that were written at that time, Oranges and Ink doesn’t fail to highlight through word and deed the hypocritical values of the age. 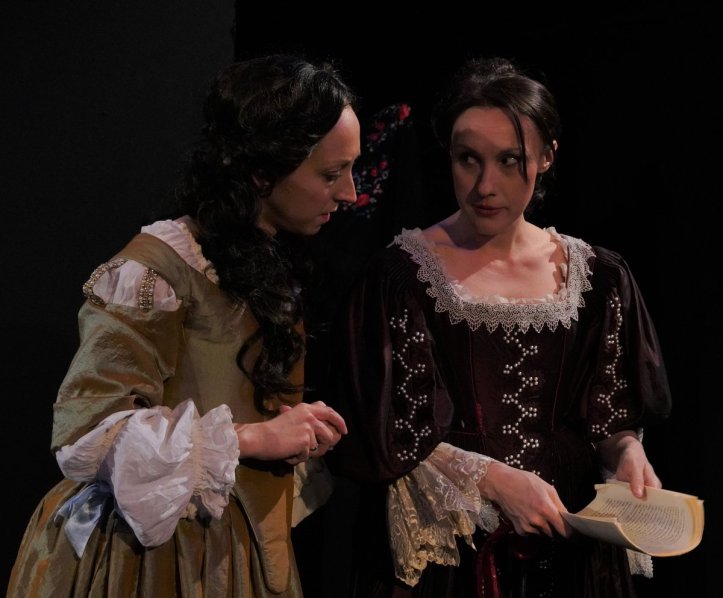 Without a doubt, the chemistry between Lawrie and Amias is what makes the play so enjoyable, with the characters’ distinct personalities and experiences complementing each other. We also see how both women live by their wits in different arenas. While Amias’ Behn has the decorum befitting a ‘woman of letters’, Lawrie has a lot of fun switching between ‘Nell’ on her best behaviour and the exasperated ‘mum’. This brings us to another aspect of their different circumstances.

Having once been briefly married, Behn enjoys lovers ‘of all persuasions’ and takes measures to ensure she never becomes pregnant. Gwyn, on the other hand, is mother to ‘Charles’ and ‘James’ – fathered by the king. While Gwyn worries about her own well-being, she’s more concerned about her own sons who she’s rarely allowed to see. We also see how the relationship of Gwyn and Behn to their own mothers has shaped them as women – often in ways they weren’t conscious of before. 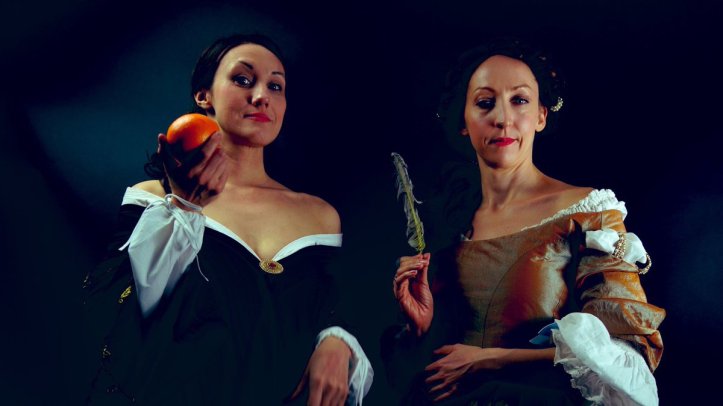 Both women had their ‘rivals’, but between themselves there was no ‘competition’ – often calling on each other for support of a pastoral or pragmatic nature. When they ‘cannot’ do so for whatever reason, it highlights how much stronger they are together than when apart. Even though they are both self-reliant, they can confide in each other over their darkest fears – especially when ‘friends in high places’ are in short supply…

Behind their respective smiles, we see a mother who’s not allowed to raise her children and a playwright who can’t hold a mirror to society, for fear she will be arrested. Reflecting the human condition, the thing that gives their life meaning is being kept just beyond their reach…