A cross between Peaky Blinders and Lock, Stock and Two Smoking Barrels, Tobacco Road is a visceral account of the rise in street gangs in London, following the First World War. Initially meeting the Tobacco Road gang at a moment of crisis, the majority of the play is told in flashback, as we trace the rise and fall of Bermondsey’s own ‘entrepreneurs’.

Initially two separate factions, the male and female contingents of the gang encounter mixed fortunes. For the men, just to be able to earn a regular income without being ‘pinched’ would be a bonus. The ladies, meanwhile, are accomplished pickpockets for the Elephant gang. However, it irks them no end that their net ‘revenue’ is substantially reduced once the fences and other parties have taken their ‘cut’. Putting aside their differences, the rival outfits dare to aspire to a better life… 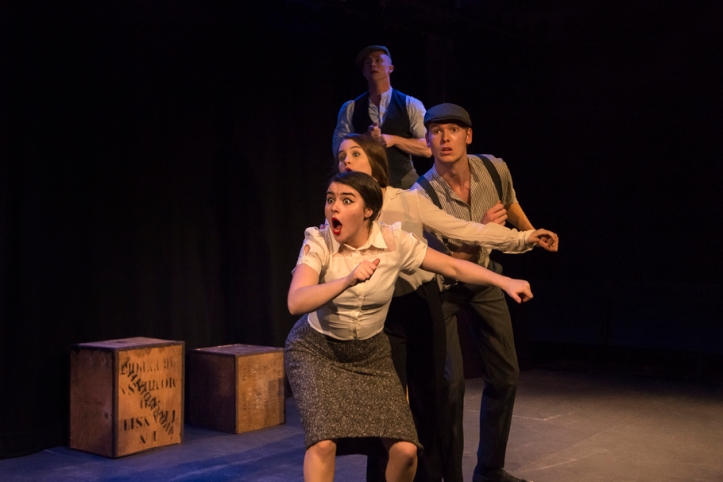 The cast have great chemistry and the choreography by Zak Nemorin and Lisa Connell imparts a kinetic fluidity to the proceedings. At the core of the story is the desire by all to make something of themselves and find a modicum of happiness. Of course, what each person wants exactly and how it affects the others is where the dramatic conflict comes into play.

Based on a seldom-discussed chapter in London’s history, Tobacco Road highlights the aspirations and pitfalls of yesteryear, yet gives it a contemporary spin. ‘Ducking and diving’ has never been so frenetic.

Tobacco Road runs at the Network Theatre as part of the Vault Festival until 17th February.