In The Shadow Of The Mountain, Old Red Lion Theatre – Review 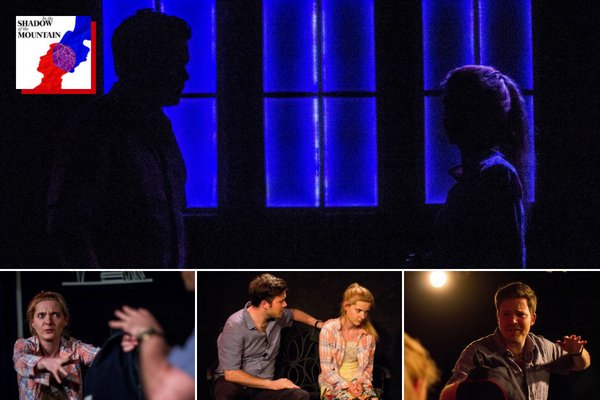 In recent years there have been more plays that deal with mental health and dementia in particular. With regards to mental health among young people, this is still ‘virgin territory’ theatrically speaking, though there are numerous articles nowadays pointing to how young men are at the risk of suicide and how social media exacerbates the pressure on teenage girls. In Felicity Huxley-Miners’ In The Shadow Of The Mountain, we see how mental health affects one young couple and the difficulty of acknowledging ‘ the elephant in the rooom’.

Rob (David Shears) has had a bad day. Having just found that his best friend has slept with his girlfriend, he’s not sure about what he thinks and feels apart from the immediate anger at this turn of events. As he alights from his train, Ellie (Felicity Huxley-Miners) ‘introduces’ herself, thinking he’s going to take his own life. He isn’t of course, but while she is undeniably eccentric, she has a certain je ne sais quoi – an interest in him that is full-on and unequivocal. And she expressed an interest in taking him home…

Some of the events in the play are inspired by Fatal Attraction and Eternal Sunshine of the Spotless Mind in that Rob’s interest in Ellie cools after they’ve slept together and he finds Ellie’s mania grates over time.

While Ellie isn’t always self-aware about her own actions, she does exhibit a ‘talent’ for getting under Rob’s skin and being manipulative. One could argue that Rob should have heeded the Latin maxim caveat emptor (‘let the buyer beware’). After all, Ellie didn’t try to fool Rob by hiding her true nature from him. Still, assuming that a borderline personality disorder is officially diagnosed, is ‘love’ enough to sustain a relationship? Given that disorders such as postnatal depression are fairly common and treatable, why shouldn’t other disorders be treated any differently?

When the emphasis of the play isn’t on Ellie’s mental state and instead focusing on Ellie and Rob as a couple, it transcends the mental health paradigm, to something everyone can relate to – making sense of the relationship. It’s quite telling during the ‘aftermath’ conversation, that Rob is ‘put out’ by Ellie’s initial difficulty to say anything nice about him during their time together. He also reiterates what he found most frustrating of all – that he couldn’t ‘reach her’ because she hadn’t learnt to love herself. As for Ellie’s inquiries into his ‘happiness’, he’s aware that people are seldom euphoric and certainly not all the time. 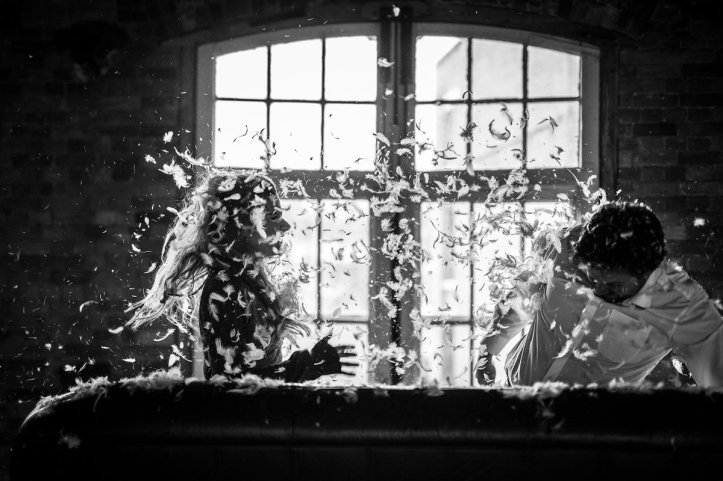 From Ellie’s perspective, she’s there to ‘save’ Rob and vice versa. As someone who by her own account does not get on with her parents, Ellie places all of her hopes for happiness on her relationship with Rob. But looking to others instead of oneself for happiness is the surest way to be unsatisfied in the long run…

Happiness. Dejection. Human beings often have a way of polarising the spectrum of emotions – that it’s wrong to not be in ‘good spirits’, that certain emotions aren’t valid. As Rob tries to explain to Ellie, it’s ok to ‘be in the middle’ and not be euphoric all the time.

In The Shadow Of The Mountain runs at Old Red Lion Theatre until 2nd June.