The Significant Other Festival, The Vaults – Review 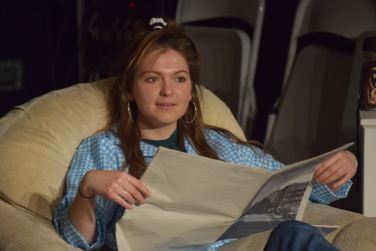 Last year saw The Pensive Federation’s Significant Other Festival introduce connectivity between some of the plays and the beginnings of a ‘shared universe’. This year, the Pen Fed have taken this idea and run with it. This, however, isn’t used as a gimmick, but a way of telling a multi-layered narrative. There are still 10 short plays, but they are seamlessly woven together to create one large story – the whole being greater than the sum of its parts. With its cast of 40 actors and overlapping character arcs, it wouldn’t be unreasonable to compare the play(s) this year to Robert Altman’s Nashville.

Set during April 1988, Significant Other takes place at Reseal 9, a packaging factory within the industrial ‘North’. Numerous towns and cities that helped Britain thrive during the Industrial Revolution saw a decline in their infrastructure post-Second World War. While this went on for decades, Thatcher’s tenure in power during the ’80s saw not only the closing of coal pits and car plants, but also the crushing defeat of many unions.  Many companies were sold off to oversea buyers and floated on the stock markets. 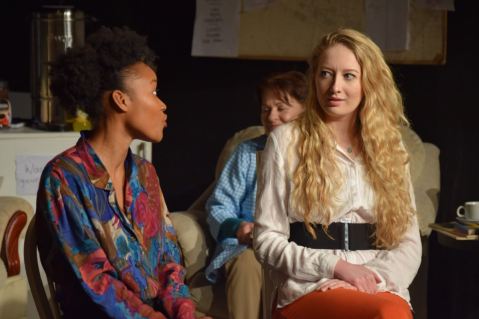 Asides from all the things that were taking place on the economic front, the ’80s as a whole saw a great many changes in society, which are reflected in the 10 respective plays. Just as Caryl Churchill deconstructed ‘women’s’ roles in Top Girls, Thatcher’s Britain (on paper anyway) marked a sea change in terms of the jobs women ‘should’ apply for. Within Lug by Daniella Harry, Liz (Sophia Winters) Georgia (Antonia Elson) and Lorna (Helen Jessica Liggatt) debate who has a realistic chance of being made head of department. Surely now, one of them will based on their skills and experience..?

Of course the ’80s was also the decade of Gordon Gekko’s mantra “Greed is good”, ‘yuppies’, filofaxes, ‘brick’ phones and Thatcher’s quip that “There is no such thing as society.” Friction between those on the shop floor and those earning serious money in sales can be seen when Simone (Kate Tulloch) and Rick (Christos Liberos) stray from their milieu and are effusive with their ‘humility’. In contrast to those who are satisfied with their lot, there are characters such as Dave (Same Treharne) who dream of moving from being a ‘tape smoother’ to living in London and Bea (Sarah Langrish-Smith) who finds the prospect of being engaged and pregnant frightening, in that the rest of her life is all planned out with ‘no surprises’… 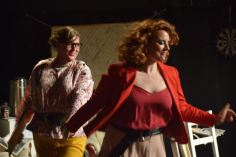 The workplace has always been fertile ground for burgeoning relationships and this is reflected in the plays between colleagues and people of different departments. Conversely, there are storylines of ‘unrequited love’ – where friendliness has been construed as romantic interest and hurt arises from this misunderstanding.

Framing the 10 plays is the storyline regarding Jack (John Rayment) and his retirement. As one of the founders of Reseal 9, his departure marks the end of an era, and the potential loss of community and ‘family’ that the business engenders. As the son of the other original founder, Nigel (Anthony Cozens) has the opportunity to sustain the status quo or sell the company to the highest bidder…

The Pensive Federation have never rested on its laurels in the past, but this creative ‘pushing of the envelope’ has paid dividends. Just like the ‘family’ ethos engendered in Reseal 9, much of what the Pen Fed has achieved isn’t to do with the large numbers that take part (even though that is impressive) but because of the palpable sense of belonging that the actors and creatives have built with each other and the audience over time. 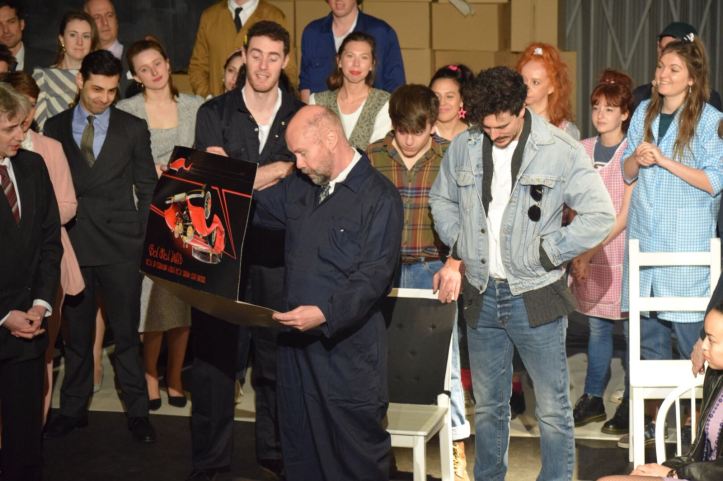 The Significant Other Festival runs at the Vaults until 21st April.