It’s always a pleasure finding new writing talent and recently I was invited to see four short plays that were written by up-and-coming scribe Joel Brooks. An associate writer with Bison Arts Collective, his material covered a wide range of topics. However, on closer analysis, two of the plays were about how society treats ‘outsiders’ while the others shed light on what goes in behind closed doors of corporations. Flora Ogilvy directed the first and third play, while Kate Wilson directed the second and fourth one.

The evening began with Move Up, Move On, starring Jack Silver as Lloyd and Imogen Wilde as Stephanie. Lloyd works for a US firm that has several branches in London. As the head of a department, he is important and all paperwork has to be signed off by him. From time to time the US C-Suite executives also visit the UK. Cue Stephanie: a rising star within the firm, she’s played host to the US visitors recently and shown them the sights of London. She’s also impressed them with her ideas for consolidating the London offices and seen as a talent to watch. Lloyd thinks so too, but not for the same reasons. 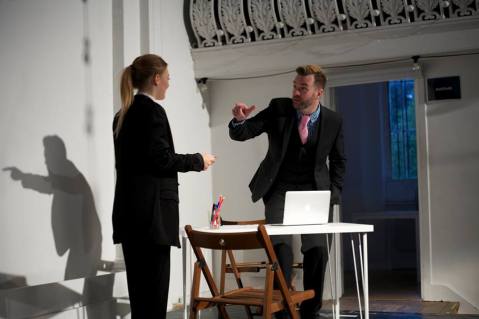 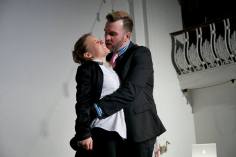 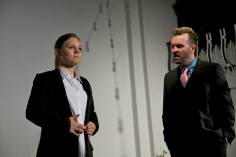 Much of what’s revealed is through a chain of questions Lloyd asks Stephanie while she is waiting for him to sign some papers. From the off, he exhibits passive-aggressive tendencies – insinuating that she’s really after his job, that her ‘aggressive’ and ‘ambitious’ nature was not a good fit for this ‘family’ company and that there have been many more women like her who have come and gone. Of all the things spoken by Lloyd, there is a kernel of truth in his assertion that there have been many other women prior to Stephanie – but driven out by his behaviour… While the hostility in the play is compressed over 10-15 minutes, there is no doubt that women today throughout their careers experience passive-aggresssive behaviour from some men – those whose careers have plateaued and feel threatened by women with an aptitude for business…

Some monologues can be uneventful or at least not memorable months later. Not so with the second play of the evening. Starring Sam Thorpe-Spinks as Jake, A Trip to Sainsbury’s looks at a former care worker who is drawn back into the life of Sean, an autistic young man. Brooks’ script acknowledges in a humourous fashion the ‘pulling’ cache of having worked in a ‘caring profession’ and getting sympathy sex out of it. 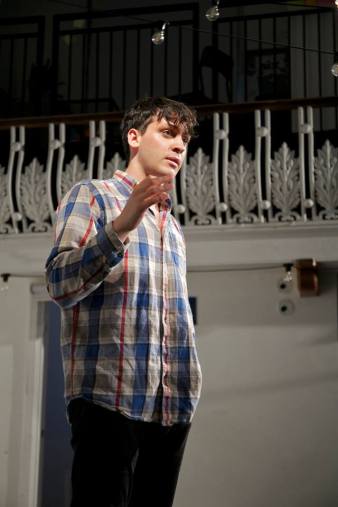 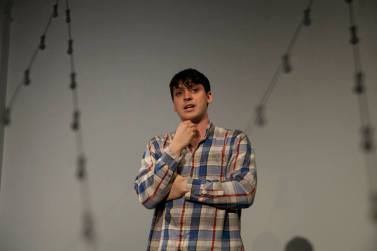 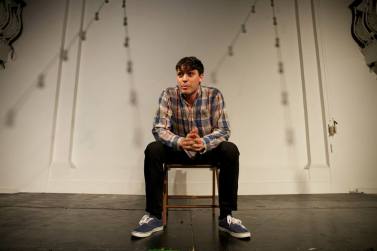 By his own admission, Jake just fell into being a carer, as did his colleague Nigel. However, Jake is conscientious and mindful of everything he does. They are both also aware that when Sean is agitated, it can be hard to not react – especially when he goes to extremes such as spitting in the face. Quite some after Nigel and Jake have moved on, they’re both contacted by Sean’s mother, Mandy. This time, she’s the one who’s agitated as Sean has been arrested for assault. During a rare moment of spontaneity, Sean went to a club and through a misunderstanding ended up delberately hurting the boyfriend of a woman he was talking to…

Brooks manages to walk a fine line between finding humour in situations and eliciting emotional truthfulness. Jake is the first to admit that he’s far from perfect, but it is his recognition that his ‘best’ wasn’t good enough to help Sean that reveals his selfless, empathetic side and his guilt – however misplaced on this occasion – is proof of this. It also has to be said that Thorpe-Spinks put in an exemplary performance as Jake.

So how does one top this? It’s no mean acheivement, but it could be argued that Pet Grief, the third show of the evening does this. Starring Hannah Higton as Kate and Freddy Elletson as Pete, the play focuses on a young man checking in with his probation officer. Much of the conversation concerns whether he used the internet at all and if so, what for. His request for getting a dog – especially a certain breed of dog – is also scrutinised. Then it all becomes clear – this is a person who is on a sex offenders list and pre-emptive measures are made to make sure Pete doesn’t fall into temptation. 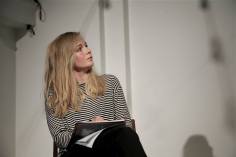 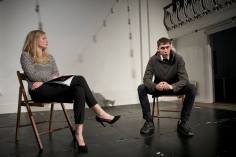 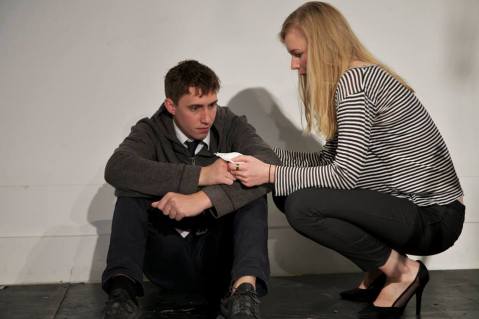 But rather than portray Pete as a monster, Brooks humanises him, showing he has a relationship of sorts with Kate. He’s also extremely worried about a new friendship he has because down the line, that would mean total disclosure and most likely terminate it in the process. The real twist, however, is that Pete was unaware of the age of the girl he was originally seeing and that once he knew, he broke the relationship off. Unlike Renton in Trainspotting, he didn’t get a lucky break by nobody finding out about the relationship

with a girl from school. Pete’s exasperation at his predicament is palpable, especially with the assumption that a dog would be used as a ‘grooming’ tool, instead of being a pet that would love him unconditionally and be unfazed by his pariah status. Both Elletson and Higton are excellent in their respective roles, though Elletson deserves a special mention for taking a potentially unlikeable and unredeemble character, and able to show his humanity. Pet Grief is arguably the most mature take on the subject since Kevin Bacon appeared in The Woodsman. 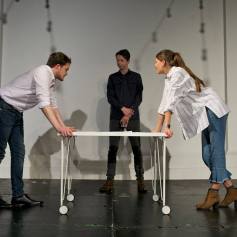 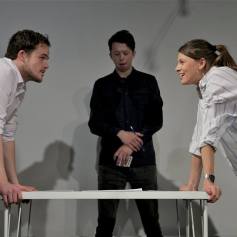 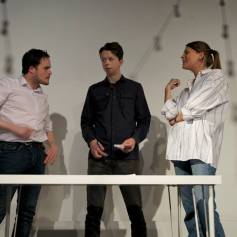 Good, Not Great – the final play of the evening has a more satirical bent, but beneath its veneer lies a serious message about advertisng and the human condition. Cara (Flora Ogilvy,) Benny (Richard Leeming) and Jerry (Ryan Hayes) are working on a campaign about boosting recruitment to the Armed Forces. Something Benny says triggers within Cara an idea – that the way to best encourage people to enlist would be to show what it would be like (in the worst possible way) if the country didn’t have an army. Both Jerry and Cara decide Benny should be the one to pitch this idea, ­offering a promotion to Creative Director if he does… While the tone of Good, Not Great is playful, the comments it makes about advertising and the use of fear in times of elections is on the money. Small wonder that this play will be expanded on in the near future…