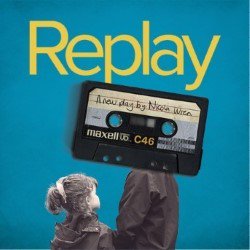 It’s a well-known ‘fact’ that ‘old skool’ cassette tapes have an inbuilt nostalgia value. Whether they were used for uploading Spectrum-era computer games or simply for playing music as frequently referenced in the Guardians of the Galaxy movies, if you’re of a certain age the use of cassettes will always carry with them reminders, associations… One such tape finds its way to a police officer, resurrecting memories of her dead brother… Written and performed by Nicola Wren, Replay dwells on the bittersweet nature of remembering one’s loved ones and an ode to familial love.

For her birthday, Wren’s police officer is given a cassette tape and player that she was once given as a child. The cassette itself contains recordings of her brother Jamie’s voice, opening the floodgates to memories long since buried.

Linking the birthday present thread with a subplot involving a potential job promotion and the suicide of a father, Wren defty interweaves these disparate elements into a tapestry about finding oneself again and unconditional forgiveness. The relationship her character has with Jamie is comparable to Capote’s Holly Golightly’s with her brother Fred – the bright centre of her past. While not explictly stated, Jamie shared the same sense of fun as his sister, but his ‘departure’ marked the beginning of her serious demeanour – a quality she’s well-known for on the force. But help is on its way in the shape of her mother’s parcel…

The cassette’s 1991 song Sit Down by band James proves to be something of a catalyst, awakening dormant feelings and memories of London from yesteryear. For audience members of a similar age, the song will also conjure memories of more care-free times and an inkling of what Wren’s character is feeling.

Wren has crafted an emotionally-astute play that is distinctive and obviously resonates with her personally. But what gives Replay its ‘magic’ is its blend of light and darkness, finding hope and healing not from the avoidance of the past, but by loving regardless.­­­­­