When discussing ‘figures of notoriety’ in the public arena, especially those from the recent past, is it ever possible to have a balanced perspective – to look at events without prejudice, yet also see with clarity the accused’s actions? However, when creating a role for the stage – especially of a real person – one needs more than just facts to create a flesh and blood character, to find their deepest convictions which may spring from a well of unorthodox ‘morality’…

As a former patient of Harold Shipman and the grandson of one his victims, Edwin Flay is uniquely qualified to create a show about the disgraced former general practitioner. But even with direction by Bernie C Byrnes, Flay certainly has his work cut out for him – finding a way to humanise Shipman’s ‘misguided’ motives, yet not turning a blind eye to the enormity and scale of his actions.

The Quality of Mercy (an apt title if there ever was one) takes a non-linear approach to examining Shipman’s life and ‘career’. On the one hand, we meet Shipman in January 2004, spurred into breaking his silence by the infamous Ian Brady ‘throwing shade’ on his legacy. Flay’s Shipman utilises a cassette player to record his side of the story, though what he says isn’t so revealing as how he says it. The times when he listens back to what he’s recorded and repeats his earlier statement in a calmer fashion reveals his need for ‘controlling the narrative’ and not appear as someone at the mercy of his emotions.

There are then the flashback scenes to Shipman’s teenage years, when his mother was dying of cancer. Anybody who has had to experience the sense of helplessness of not being to help a loved one riddled with pain is bound to be profoundly affected by those circumstances. In the case of ‘Fred’ (the middle name used by Shipman’s family as his father was also called ‘Harold’) his intelligence and desire to never see another human being needlessly suffer pain would lead to his ‘calling’ and ‘legacy’. 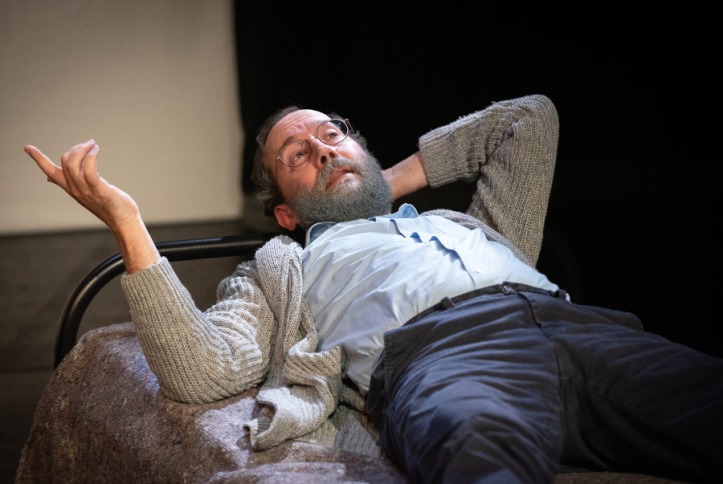 But if one, in the moment, is completely swayed by the logic of Shipman’s argument about the eradication of pain for terminal patients, one is also reminded of the many victims over the years by the projection of their names behind him, which increase in frequency when he has greater autonomy as a physician.

One of the many traits that Flay’s Shipman exhibits is an unwavering belief in his abilities and that his judgement is ‘never wrong’. That in itself could be considered a red flag, but the unwavering certitude of his convictions and the his ability to circumvent the ‘petty’ morality of the status quo certainly plays into a Nietzschean world view – his sole concern being he should do all he can, because he can. 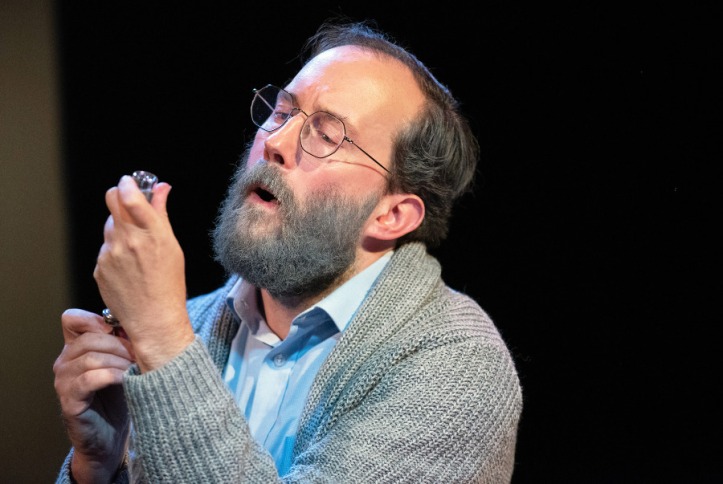 At the core of this play though is the importance of a patient’s quality of life and whether prematurely ending a person’s life to save them from chronic pain is ever justified. Of course there are many other questions and ethical issues that this dovetails into, the two most obvious being how is Shipman’s actions any different from those choosing euthansia, and with palliative care, the primary goal is to make the patient’s final weeks and days as pain-free as possible. On the flip side, there is what happened over the past couple of years when Covid-19 cases were at their peak, and in the UK ‘do not resuscitate’ orders were given for hospitalised cases with learning difficulties and for the over 40s. Should medical staff and authorities really have such sweeping powers? And how is this any different from the 218 people who died by Shipman’s hand?

So did Shipman’s actions truly stem from an altruistic desire or was it driven by something else? Flay hints at the ‘corruption’ of Shipman’s original intent when over time he takes umbrage at one particular patient who dies naturally, before Shipman gives ‘permission’ to do so. A God complex indeed. But credit to Flay’s writing, the audience is made to think about the context for death and how that affects people’s willingness or reticence to accept its place in the natural scheme of things. Case in point: Shipman’s anecdote about Thomas Hamilton, the Dunblane shooter from 1996 and how one woman was angry that the State didn’t get to hang him (even though the death penalty has long been abolished), because he had already killed himself. Given ‘triggering’ circumstances, every individual has considered, at one time or other, death as an appropriate response, no matter how mixed up their reasoning is. With this in mind, perhaps Hamilton’s choice to end his own life mirrors Shipman’s because they did it on their own terms (a choice denied to others). How’s that for irony? 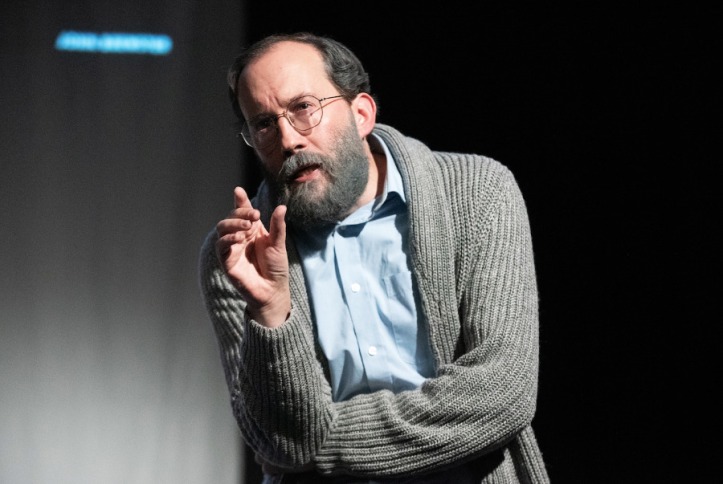 Given the nature of the show and its subject matter, The Quality of Mercy is an ‘understated’ affair. However, this is not a criticism or back-handed compliment. Quite the opposite. Flay has distilled all the facts and the myriad of opinions on the matter and created a deftly-fashioned show that lifts the layers off Shipman’s cognitive reasoning and treats the victims with the utmost respect. To a degree, Flay’s Shipman is an unreliable narrator – not in terms outright lies or candour, but the lack of acknowledgment regarding his own failings. For a man who ‘fearlessly’ swam against the tide of orthodoxy to bring ‘pain relief’ to his patients, Shipman was reluctant to truly stare into the abyss of his innermost self and gaze on what stared back at him.

The Quality of Mercy runs at The Courtyard Theatre from 27th September to 8th October.