It Is Easy To Be Dead, Finborough Theatre (Streamed Broadcast)

Written by Neil McPherson and directed by Max Key, It Is Easy To Be Dead which was first performed in 2016 returns as the first Finborough Theatre play available to watch online. As this weekend is the 75th anniversary of VE Day, Charles Hamilton Sorley’s tale has a special resonance during this time of rememberance. A young man whose life was cut short by the First World War, Charles’ poems marked him out of as one the preeminent wordsmiths of his time.

The play has three distinct threads that intertwine: Charles’ own acccount of the years leading to his death; the grieving of his parents and the publishing of his letters and poems; plus songs of the era which are sung and accompanied live by Hugh Benson and Elizabeth Rossiter.

While Charles has the advantages of studying at Cambridge, he is only too aware of how he’s different from his peers in terms of his literary creativity and outlook on Britain’s ‘place in the world’. As the budding poet in question, Alexander Knox takes the audience into his confidence, as he discloses his observations and innermost thoughts of German and British characteristics. 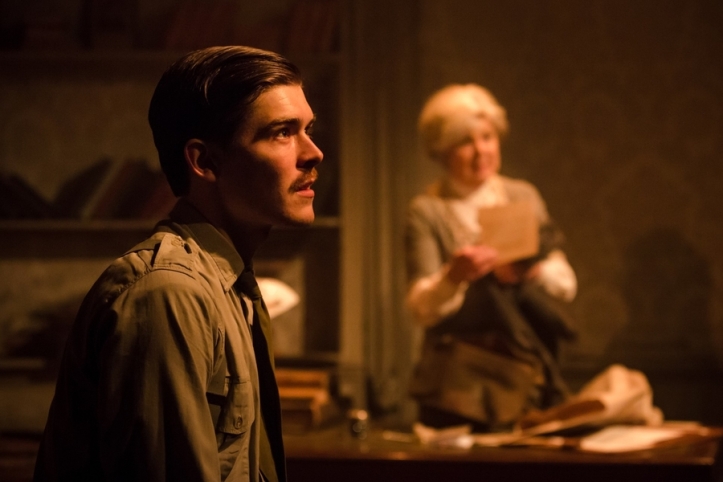 But while Charles has a prescient perspective – asynchronous with the world around him – the scenes involving his mother Janet (Jenny Lee) and father William (Tom Marshall) packs the emotional punch, as we see their respective take on their son’s epistles. While Janet finds it cathartic to find out about her son through others’ correspondence and comforted in the world recognising Charles’ literary worth, William wishes their remembrance to be a private affair…

Meanwhile, the musical accompaniment with tenor Hugh Benson and pianist Elizabeth Rossiter conveys in an oblique fashion Charles’ mindset as a citizen of the world and unfettered by nationalistic dogma.

It Is Easy To Be Dead is the first Finborough Theatre production to be made available for free viewing online through the Society of London Theatre’s Official London Theatre YouTube channel. The video will be available to view until 7th July.