Irish playwrights, perhaps more than any other nationality, have their finger of the pulse of the dramatic potential of wakes and funerals. Touching upon uncovered secrets from the past, regrets and subtexts galore, gatherings of this nature are a smorgasbord of opportunities to explore the gamut of human experiences and repressed emotions. In Flights, which is written by John O’Donovan and directed Thomas Martin, a protracted period of grieving is examined for the first time, leading to an uncomfortable night of self-examination.

Every year, Cusack, Pa and Barry mark the anniversary of Liam’s death – a youth they knew as teenagers. On this particular evening, in keeping with the spirit of the occasion, they arrange to meet at a favourite haunt where they used to drink and hang out. This year, however, is a milestone of sorts – the 17th anniversary of Liam’s death. Nothing ‘special’ about that you might say, except that it is the same amount of time that Liam ‘lived’. Initially expecting large numbers to turn up, the trio realise that it will only be themselves present that evening, as everyone else has made other plans. For the trio, the passage of time suddenly catches up with them and each of the men (who are in their early-mid 30s) takes a stern look at themselves. 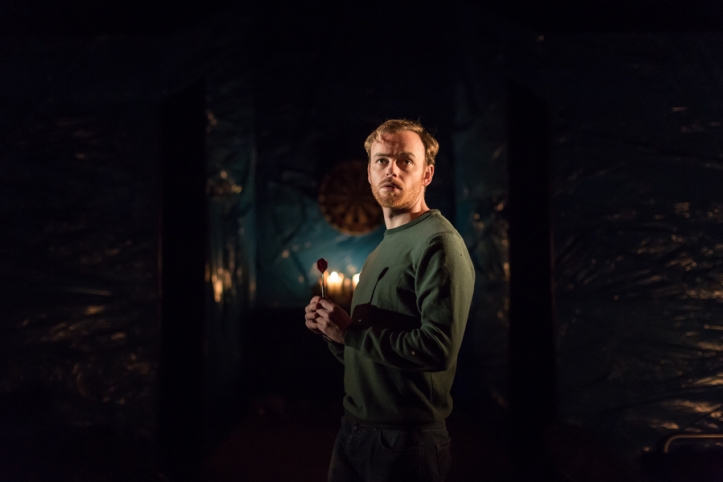 What makes this an interesting prospect is the men are all at different ‘stages’ of their lives and as such, their perception and priorities are very different from each other. Cusack (Connor Madden) is on the surface the most conventionally ‘respectable’ of the trio. Married with a year-old child, his present existence is a far cry from his life of no responsibilities previously.

Pa (Rhys Dunlop) on the other hand is at the other end of the spectrum. A habitual, recreational drug user who is out of work and at present ‘homeless’, Pa relishes his status as the ‘non-conformist’ of the group and seldom worries about anything. Bridging the divide between these disparate personalities, Barry (Colin Campbell) is ‘quasi-settled down’. Living with girlfriend, Barry automatically decides to move to London when she is offered a job there. However, while he is initially unplagued by doubt about his decision, we find out over the course of the evening why things are actually less straightforward than they at first appear and why (true to form) his future is truly an unmapped country. 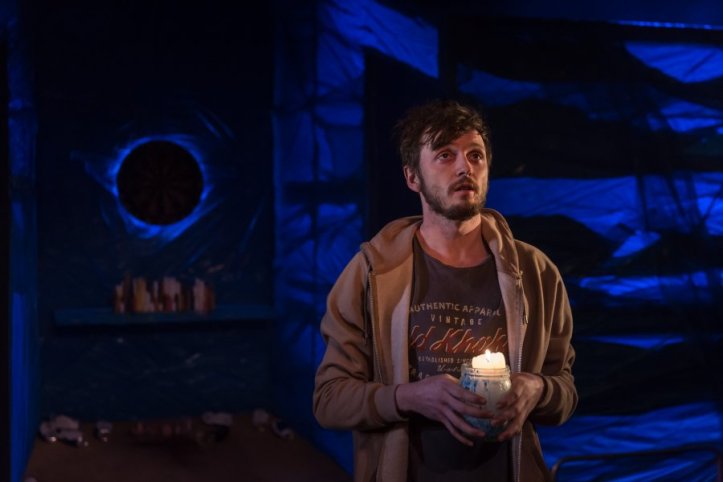 While the banter betwen the lads makes up much of the play, it is in the segments where the respective actors perform soliloquies as Liam that we see the bigger picture – how the 17-year-old viewed living in a rural community where opportunities were limited and the truth behind his ‘accident’… Through the subtle sound design with ecclesastical undertones, the ‘confessions’ to the audience have a gravitas that pull the audience in and linger in the mind long after the play’s finished…

As much a take on the Irish diaspora as the road to young adulthood, Flights delves as much into the universally-recognisible as one’s furtive emotions below the surface.