Hosting comedy with a difference – with an all-female line-up – Girls With Jokes features four up-and-coming comediennes who have a knack for broaching the ‘unsayable’. Opening the evening, Sarah Tattershall’s onstage persona is an ardent rom-com fan and can’t help but see every scenario in life as one that could potentially lead to love. Covering the subject of ex’s, Tattersall gently subverts expectations and plays devil’s advocate for why wanting your ex back is the ‘right’ thing to do.

Next up onstage is Kat Ronson and in many ways, her onstage persona challenges the more liberal-minded members of the audience. With nothing off-limits, Ronson touches on abortion, dating younger guys, seizures and the perennial ‘charm’ of tattoos. Ronson certainly doesn’t ‘play it safe’, but speaks candidly about all the things that women ‘shouldn’t’ admit to, but may do anyway. 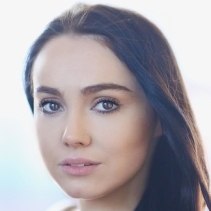 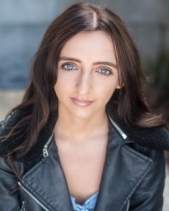 Third up in the evening, Katerina Robinson manages through humour manages to be frank about singledom, and how being alone and wanting sex can lead to ‘unwise’ choices one wouldn’t normally make. In some ‘confessional’ routines, talking about the minutiae of life and dating can be about ‘pushing the envelope’. However in Robinson’s case, it’s about being candid without having to edit oneself. As she points out, when it comes to living one’s ‘best life’, we can fool ourselves as much as we kid others.

Closing Girls With Jokes, Victoria Garofalides challenges that most ‘sacred’ of institutions – motherhood. Candid to fault about her ambivalence to its ‘specialness’, Garofalides’ onstage persona is both self-deprecating and cocksure. Channelling Patsy and Eddie from Absolutely Fabulous, her persona’s penchant for a responsibility-free life shows some people are ill-equipped for ‘adulting’.

With all the performers, there is a knowingness about how women should behave and think versus how they really feel. If there is theme to the evening, it’s that women are complicated and know only too well what they feel is in direct opposition of what’s expected of them. By dispensing with ‘sacred cows’, the foursome who make up Girls With Jokes are able to voice not only the concerns of millennials, but also women of all ages.

Girls With Jokes ran at King’s Head Theatre on 13th and 14th of July.