In recent years, the Glass Splinters evenings at The Pleasance theatre in London have showcased plays about the ‘forgotten’ women of history. Ranging from women in the Arts, sciences and political activism, those focused on made an indelible mark on the positive developments in today’s society. However, so often their achievements were attributed to their male colleagues and peers. Lizzie Milton’s latest play, which is directed by Nastajza Somers, condenses the Glass Splinters format into a single hour, as 10 women reach out to the present, to set the record straight.

Each of the five actors plays two women, but rather than perform each monologue in isolation, the other women take on the role of the Chorus – subliminally hinting at the communal nature of the feminine experience.

Pamela Jikiemi plays Æthelflæd and Mary Prince – two women who in their own way were pioneers and did much to change public opinion for the better. As queen of Mercia – a 9th century Anglo-Saxon kingdom – Æthelflæd garnered the support of her compatriots, as well as the Vikings who settled in the coastal towns of Britain. More importantly, Æthelflæd’s success in martial matters and as a statesman didn’t come because she tried to emulate the ‘qualities’ of man, but because she stayed true to herself as a woman. She’s also the only English queen to be succeeded by her daughter.

Most people know of William Wilberforce, but the road to the abolition of slavery in Britain was long and arduous. One of the figures who made an indelible impact on public opinion at the time was Mary Prince. Through her own written account as a former slave, she was able to prick the conscience of society and demonstrate that the innate humanity of those subjugated for commercial means.

In contrast, Rebecca Crankshaw plays a 20th century agent of activism, who has often been overlooked in the history books. A constant presence at marches and a campaigner for social justice, Brenda Procter lived a selfless life, standing up for those most vulnerable from industrial action, as well as those facing austerity.

Crankshaw also portrays Ada Lovelace, who even before the advent of Alan Turing, could be said to be the ‘mother’ of modern computing. But far from being a ‘stuffy academic’, Crankshaw’s Lovelace is vivacious and assured in her own self-worth. 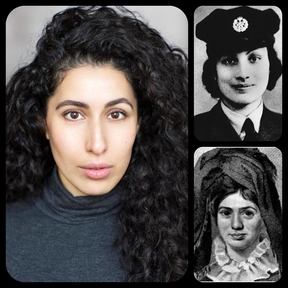 Some people ‘invent’ a new identity for themselves to make a fresh start. In the case of Mary Baker (who is played by Lydia Bakelmun) she manages to convince people in Britain and the United States that she hailed from a far off island kingdom. As ‘Princess Caraboo’ from the ‘island of Javasu’, Baker made a name for herself as a woman with an exotic mystique – at least before her ruse was ‘rumbled’. Twice. Not bad for someone from Devon…

It is as Noor Inaya Khan, however, that Bakelmun portrays someone of extraordinary courage. Serving in the British Special Operations Executive as a wireless operator, she’s captured by the Gestapo and interrogated for several months. While not a ‘natural’ field agent with the requisite ‘toughness’, her spirit or resolve doesn’t break, even at the very end…

It’s only in the past hundred years or so that artists who are women have received recognition in their own right. One of these is portraitist Gwen John. Played by Beth Eyre, we meet someone whose paintings during her lifetime were overlooked in favour of her brother’s art. Living by her own rules, with a fixed way of doing things, Gwen’s had intense relationships with both men and women. Later in life, she would find solace in Catholicism.

Eyre also plays another woman who should receive much wider recognition – Joan Clarke. These days, if she’s remembered at all, she plays ‘second fiddle’ to Alan Turing, the ‘father of computers’. But for those who know her achievements at Bletchley Park and later in life, Clarke’s quiet diligence and keen intellect made her at the very least, the equal of her Cambridge peers.

It’s no exaggeration to say that the characters Naomi Knox plays made a deep impact on people’s lives during their lifetime. However, those in authority had a different opinion of them. Overlooked by the powers-that-be in favour of Florence Nighingale, Mary Seacole was a 19th century British-Jamaican woman with experience as a ‘doctress’ and herbalist. Undetered by the rejection of her services, Seacole paid her own way to travel to the Crimea to care for soldiers. While perhaps not so well-known to the public at large, there is a building named after Seacole in Clapham and a statue of her outside St Thomas’ Hospital.

Meanwhile, as an Irish political revolutionary, Constance Markievicz was never going to be enamoured by the Establishment. But asides from the ‘early years’ fighting for Irish independence and her subsequent imprisonment, Markievicz would later become a suffragette, a politician and a life-long champion of the poor.

Taken together, these 10 women ‘punched above their weight’ in terms of what they achieved versus the obstacles they faced. Unlike the disparate figures from history in Caryl Churchill’s Top Girls, the audience feels the struggles of one woman here is the struggle of all and will continue to be so… 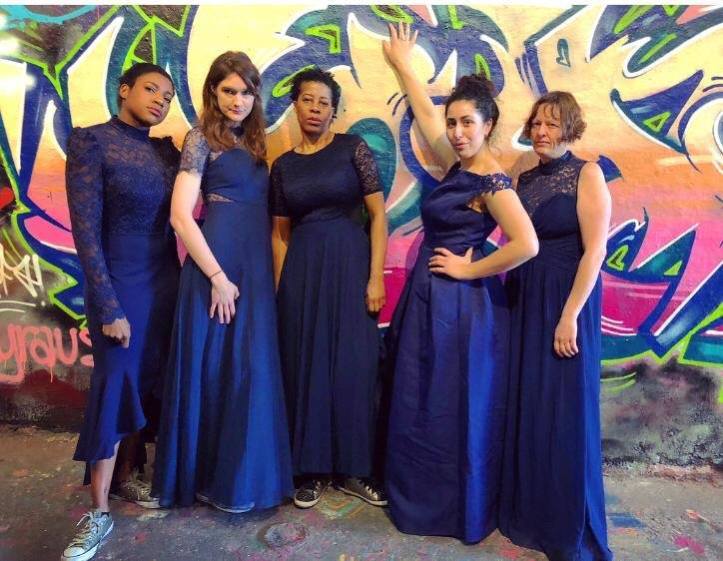