If you love something, let it go. If it comes back it’s probably broken.
– Anonymous

Before the inception of social media, ‘reunions’ were the only way to find out about former relationships and people that we’d lost contact with. When reunions take place after years of estrangement, it can be a daunting prospect as transgressions from yesteryear may still smart and forgiveness is an intangible thing… Written by Gemma Mills McGrath and directed by Denise Stephenson, Reunions focuses on three very different former couples who cross paths at a hotel bar.

The link between all three couples is Joe (Moses Latif) the hotel barman, who has his own arc later in the play. Waiting anxiously at the bar, Janey (Mufrida Hayes) is mindful of the time. Alas, the person she’s waiting for doesn’t look like he’ll turn up, so she leaves. Like ships passing in the night, in walks in Eddie (Jonathan Oliver). Visibly uncomfortable about being there, he’s half-relieved at the news that Janey’s departed. It wasn’t meant to be… Of course they do eventually meet up, but instead of answering Eddie’s many questions about what happened years ago, Janey seems intent on rubbing salt into the wounds, persisting with showing pictures of her daughters – children that should have been THEIRS if they had remained together…

While grievances may persist for years, death often has a way of softening hearts, opening the doors to reconciliation. Within the play, two old friends meet again after the death of a wife. Danny (Roddy McDevitt) is pleased his former best friend ‘Unreliable Jack’ (Jethro Skinner) has made it to the wake after a 10-year absence. But while the tales of yesteryear are pleasant enough, the ‘elephant in the room’ threatens to undo the congenial vibe they’re sharing. Now, as well as in the past, a selective memory and a lack of acknowledgment triggers frustration and heated words. Only this time there’s no avoiding the matter… 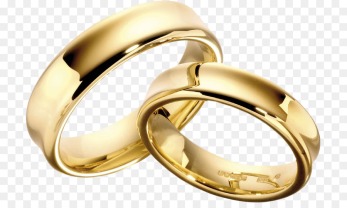 While funerals bring people together, mutual ‘friends’ at weddings are also an ‘occupational hazard’. And so it is for Joe that among the wedding party at the hotel is his former partner Maxine (Maya Helena). As he’s on duty, there’s no way he can slip away. With the way things ended between them, will Maxine find it in her heart to forgive Joe?

One of the ongoing jokes throughout the play is how much drinks cost at the hotel. Londoners are accustomed to certain places charging over-and-above the average price for drinks, but the audience routinely chuckled at the prices the characters were expected to pay. Not that the prices quoted never occur. Just that it’s amazing some places have the nerve to do so – and get away with it! A clever way of briefly diffusing the tension in the play, without resorting to deliberately funny dialogue.

Reunions poses many questions about former relationships and doesn’t automatically assume that what took place in the past can be replicated in the future. Even if trust can be engendered again, it will never be in the same form. But answers… there’s always a need for those. For closure. And if at the end of the day one can understand where the other person was coming from, then two people will really have ‘met’, instead of just occupying the same place at the same time.

Reunions ran at Theatre503 on 9th and 10th September.