Made up of ALRA graduates, MakeSpace Theatre Company have two short plays that will be taken to Edinburgh this year. Penned by Jack Stacey, they make for an interesting contrast. 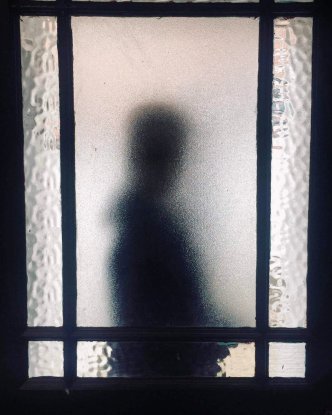 Performed by Roisin Fahey, Roxy Likes Cats isn’t as you might expect a tale about social media’s fixation with moggies (though Facebook does feature at an important juncture)… Plays about losing one’s loved ones come in all shapes and sizes. A lot depends on the stage in life of the ‘bereaved’ and what sort of relationship they had with ‘the departed’. In the case of Roxy, she’s a young woman who had a good relationship with her father, so his death hits her hard. In another tale, the rite of passage to ‘adulthood’ would be marked by a ‘romantic’ encounter or something involving one’s peers. Sadly for Roxy, her transition is marked by an event that was all too common 100+ years ago.

As Roxy, Fahey is approachable and candid. A lot of the early part of her monologue is spent talking to the audience – her way of procrastinating, postponing entering the family home. As with most family members, Roxy is only too aware of her father’s ‘faults’, though looking back she loves him all the more because of them. The prospect of facing her mother is a daunting one, knowing there will always be a ‘void’ at home and in her life. But life is strange and in this age of modern telecommunications, everyone has a ‘second life’…

While Roxy’s father has passed away, his ‘digital self’ is very much ‘alive and kicking’ on Facebook. It sounds like an episode of Black Mirror, but it is a sign of the times that ‘avatars’ of the deceased are often very much present. But what of the cats in the play’s title? There is one in particular that could be said to describe the ‘status’ of Roxy’s father – hard to pin down and not quite one thing or another…

Details of where to find Roxy Likes Cats in Edinburgh can be found here:
https://tickets.edfringe.com/whats-on#q=%22Roxy%20Likes%20Cats%22

Beginning very much like a Tom Stoppard play, The Way Out opens with Victoria Priddice and Jack Whitney discussing certain phrases and what they ‘really’ mean. This etymological discussion is unexpected, but very funny. However, tonally it doesn’t prepare the audience for what’s to come…

Judy Gale (Alex Spooner) works as a journalist. The world she lives in, however, is a little different to our own. Everyone is linked to ‘the System’ – a ubiquitous computer network that permeates every aspect of society. An anonymous message from someone within the System piques Judy’s interest and finds herself compelled to find its source. 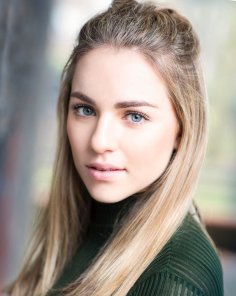 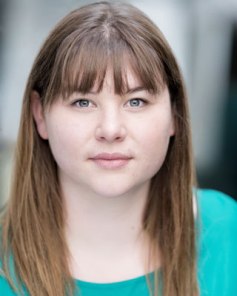 As in all mysteries and journeys, it’s not necessarily the destination that’s of the most interest, but the events that happen along the way. While the play firmly establishes Judy’s ambivalent relationship wih her boss (who is adamant about deadlines, but keeps on pestering Judy for dating advice) the people Judy meets are anything but ‘logical’. Like Alice venturing down the ‘rabbit hole’, the more she finds out, the more things don’t make sense…

In the play’s topsy-turvy world, one has to jump down in an elevator for it to ascend and doormen, like the fabled Sphinx, ask riddles before entrance is permitted. While The Way Out is absurdist in nature, the unconventionality of the characters and the unpredictability of the plot keeps the audience entertained throughout. In a world where – despite the use of technology – things seldom makes sense, you can always count of people to do the strangest things…

Previews of both shows were perfomed at ALRA on 19th June.

Details of where to find The Way Out in Edinburgh can be found here:
https://tickets.edfringe.com/whats-on#q=%22The%20Way%20Out%22