As much a chronicle of the origins of the Glyndebourne Festival as a metaphor for the pursuit of any artistic enterprise, David Hare’s The Moderate Soprano (which is directed by Jeremy Hennin) works on many different levels. Established in the 1930s – at a time when opera’s presence in Britain was for the most part restricted to London – the Glyndebourne Festival was the brainchild of Captain John Christie (Roger Allam), an ex-army officer who had a passion for music.

Much like ‘Clive Candy’ in Powell and Pressburger’s The Life and Death of Colonel Blimp, John in the play is the epitome of ‘English eccentricity’, while at the same time having an avowed interest in European culture and Germanic opera. Yet for all of this, it is his love of Audrey Mildmay (Nancy Carroll) that spurs his renewed interest in Glyndebourne, an annual reminder of their first honeymoon together, visiting the Salzburg and Bayreuth festivals. 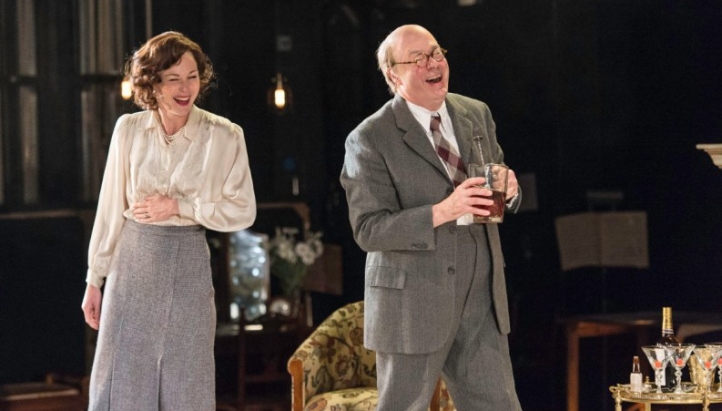 Rather than let the play run in strict chronological order, Hare jumps between the ‘early days’ of the venture and Audrey’s twilight years. While John is undoubtedly the father of the Glyndebourne Festival with his drive and vision, Audrey is its ‘mother’ – acting as the human face of this enterprise to all and sundry, as well as singing herself in a minor capacity. As the play reveals, Audrey has always been at the mercy of ill-health, but always ready to ‘plough through’ so the festival takes place. Both husband and wife succumb to blindness towards the end of their lives – one of life’s cruel jokes at their ‘visionary’ status…

Within the play there is one question that crops up repeatedly and applies to all artistic enterprises: who should call the shots regards the production of shows? The producers or those with the artistic and technical know-how? To aid him turn his dream into a pragmatic reality, John brings over from Germany three individuals who are experts within their respective fields – conductor Fritz Busch (Paul Jesson) as the first music director; Carl Ebert (Anthony Calf) as artistic director in charge of the staging of the ‘dramatic elements’; and Rudolf Bing (Jacob Fortune-Lloyd) as general manager, arranging the ‘acquisition’ of singers and musicians, and in charge of finances. Hare allows each to have their own moment with the audience, as they look back at the 1930s and ’40s through their perspective – often without nostalgia or sentimentalism. 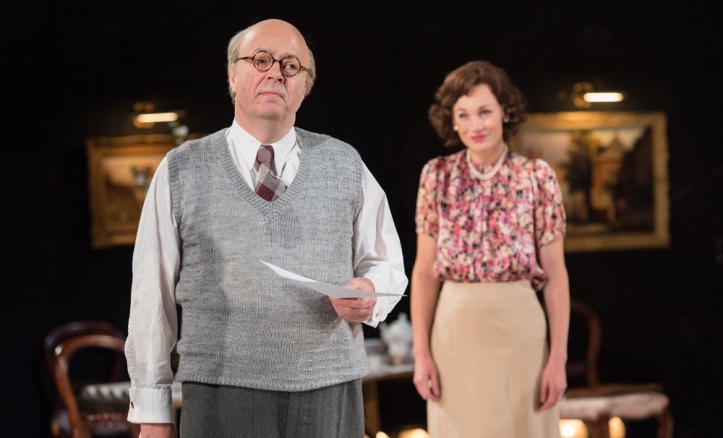 Asides from the practical issues of staging opera in a location such as Glyndebourne, the play doesn’t shy away from the events of the time and how the crème de la crème of Germany were secured in the first place. With Hitler’s rise to power and the insularity of German society at that time, the Third Reich had no time for staff sympathetic to keeping Jewish talent in opera – seen as the most distinctly ‘German’ of the Arts. In some ways not so very different, John himself considers the work of Wagner (as opposed to Mozart) as ‘proper’ opera and in his big speech towards the end, considers opera not as a ‘take it or leave it’ pastime, but something that demands all of one’s time, attention and if needs be – money. Of course, this could be interpeted as the reason why opera to this day is still treated in certain arenas as a thing apart from the other Arts and why it’s not universally embraced, but that is an argument for another time.

Indirectly, The Moderate Soprano touches on a conundrum that’s surfaced in the UK in modern times. Up until recently, Britain as part of the EU has enjoyed a ‘cross-fertlisation’ of talents within the Arts, with playwrights, actors, singers and directors etc, travelling from Europe to Britain and vice versa. However, one of the ramifications of the Brexit referendum is such a fluid exchange will cease to exist once such ties are formally severed. If European talent were beholden to borders in the early 1930s, the Glyndebourne Festival would have remained just a dream for John Christie and Britain’s cultural clout today as a country that takes opera seriously would have been greatly diminished.

The Moderate Soprano has a ‘knowingness’ to it and not averse to highlighting the idiosycrasies within opera and the types of audience it attracts within Britain. But just like the play’s title, it gets its points across most effectively when it shows a balance between showing why the likes of the Christies hold opera so dearly and how this centuries-old musical art form has been appropriated throughout history.

The Moderate Soprano runs at the Duke of York Theatre until 30th June.