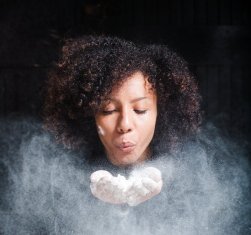 Bridging the gap between theatre and hip-hop, Fly No Filter’s latest show embraces dance, ‘beats’ and the spoken word. While the show has a universal appeal, it is particularly pertinent to young people with little experience of theatre or people who haven’t been exposed to hip-hop and breakdancing in a theatrical surrounding.

A female-led venture, The Glorious Tour distinguishes itself by broaching subjects of adolescence and motherhood, and the range of emotions that accompany them.

The first half focuses on ‘Roni’ (not to be confused with ‘Ronnie’!) and her experiences as a teenager. Putting up with cheesy chat-up lines is part of the course and life is anything but straightforward.

Telling the ‘other side of the coin’ is Mia’s story. From childhood to motherhood, Mia is always frank about her feelings and she’s the first to admit when she hasn’t always been the parent she should be for her daughter. Factors such as insomnia play their part, affecting one’s judgment and patience. But there is also the unsaid admission that everyone at some time or other feels they are blagging at being a responsible adult.

From a technical point, the dancing is on a par with what one finds at the annual Breakin’ Convention at Sadler’s Wells. However, in terms of its unabashed appreciation of ‘b-boy culture’ and its refreshingly honest portrayal of young adulthood, one can see its roots in the autobiographical shows of Generation Arts and Lauren Gauge’s The Unmarried.