Salford. Now. Sixteen-year-old Molly (Emily Stott) arrives for the first day of school and already she’s hating it. While she’s having a cigarette, she spots John (Anthony Fagan) who sticks out like a sore thumb. Really nice shoes. ‘Posh’ accent. Definitely not local… So begins Some Riot Theatre’s Glitter Punch.

Written by Lucy Burke and directed by Peter Taylor, Glitter Punch on the surface is about the connection of souls – two people from disparate backgrounds who find each other. Sounds lovely doesn’t it? Well in some they are like ‘Romeo and Juliet’, from two different worlds, but not for the reasons that one initially thinks of. 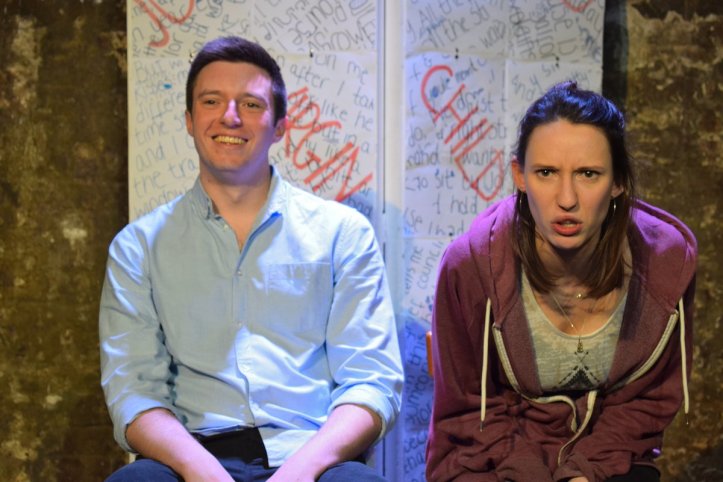 Details of Molly’s background reveal a homelife that’s far from satisfactory. Living with her mother, her mother’s ‘ne’er-do-well’ boyfriend (“Knobby Steve”) and their baby, Molly doesn’t have much to look forward to. As her mother also spends most of her time working in a pub, that only leaves Molly to look after the baby. The arrival of John, which is as life-changing as it is unexpected, is a ray of sunshine in an otherwise bleak existence.

John’s arrival in Manchester marks a different phase in his life, leaving behind tragic circumstances in London. While at times he exhibits confidence and ‘experience’ in matters of sex, he also finds he can let his guard down emotionally and tell Molly what he truly feels. 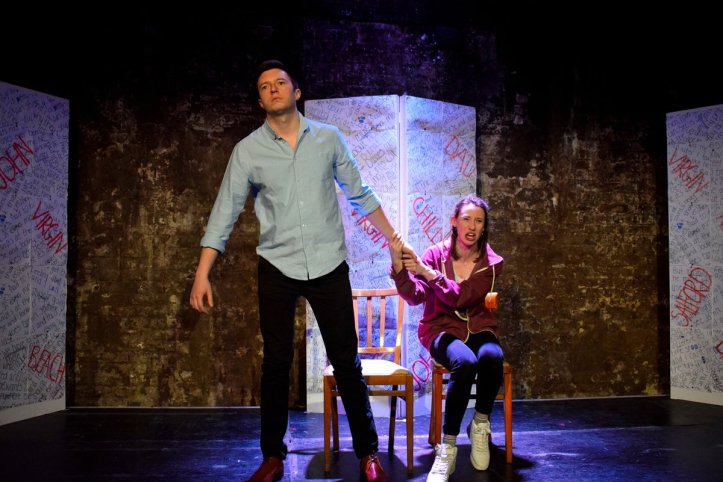 What makes Glitter Punch so compelling is the detail of the respective lives and how amidst life’s slings and arrows, there are moments of beauty and solace that make it seem all bearable. However, later developments put a whole new perspective on things and rather than a ‘glitter punch’, the play delivers a ‘sucker punch’ that is as enlightening as it is mind-blowing.

Prepare to be stunned.