Theatre is constantly evolving and as time goes on, more and more writers tackle topics that are peculiar to the 21st century. Topics such as dementia have been very popular, as it plays into dramatic themes of memory and identity, as well as being a major concern in its own right. However, scientific understanding of neurological disorders is still in its infancy and a willingness to tackle this in plays is rarer still. Undaunted by this, theatre company Kandinsky have created a play that not only shows what it’s like to experience a neurological disorder, but also the rigmarole one faces when trying to get answers.

Sophie (Sophie Steer) is an actress on a televison medical drama. During one important scene, she finds she can’t unclench her left fist. Visits to a myriad of medical practitioners provides no answers, but someone her agent knows provides a temporary fix. Hope, however, is a dangerous thing, and after her seemly miraculous cure, the realisation that she’ll never be 100% well again is soul-destroying…

Initially using meta references at the beginning of Still Ill, Sophie’s stint as test subject for medical students gives her and the audience a foretaste of the medical profession ‘groping in the dark’ for answers.

Harriet Webb and Hamish MacDougall play all the other characters in the play, though there are certain roles where they make an indelible impression such as Webb’s floor manager and dystonia expert, and MacDougall’s Mark (Sophie’s brother). 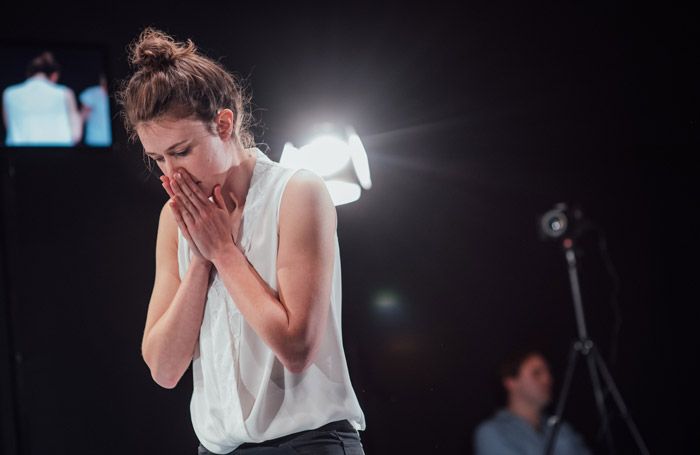 The use of monitors and Sophie’s main profession as an actor subliminally refer to dichotomy between what is perceived to be real versus subjective reality. However, what really grounds the play is Sophie and Mark’s backstory regarding their mother and how that may (or may not) have triggered stress-related neurological disorders later on. Mark’s initial willingnwess to support his sister and to not to take any nonsense from doctors is understandable, as is the psychological toll taken, leading him to drink. Likewise, for Sophie, Mark’s time away drinking feels like a form of abandonment and personal betrayal, especially when he suggests the doctors may have a point about her symptoms being psychosomatic in origin.

Still Ill makes no bones about the reality of living with a disease such as multiple sclerosis with no hope in sight, but as the play highlights, the ‘worst’ thing about neurological disorders is being told there is ‘nothing’ physiologically wrong with you, inferring the blame – consciously or not – lies with one’s mind.