The Female Gaze And Other Stories Collection 2017, Cockpit Theatre – Review 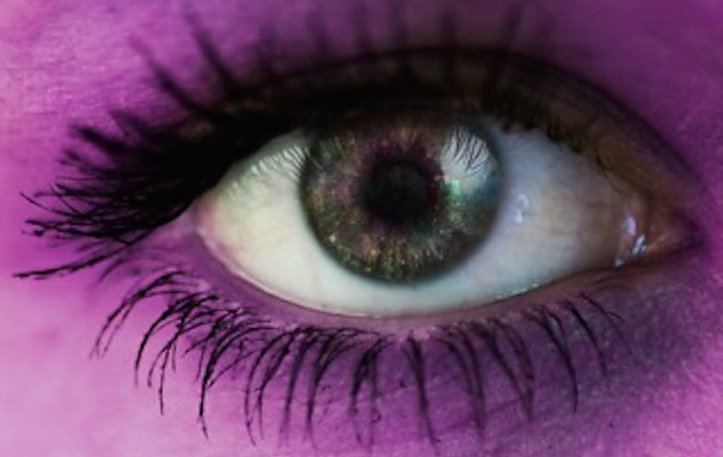 Theatre company Rich Creative have made a big splash in 2017 with their insightful, female-led new writing throughout the year. Recently, a selection of these plays were performed at the Cockpit Theatre in London, albeit with a slightly different cast in some cases.

Opening the evening, A-Sexual-Being, was written by Sophie Ablett, and performed by Catherine Nix-Collins and Sophie Ablett. Playing Alia and Bea respectively, the young women discuss same-sex relationships, the different permutations of these and where they fit in the general scheme of things. (While this is going on, Bea uses chalk to draw various Venn diagrams on the floor to illustrate her points.)

Alia is visually perturbed by all of this – partly because for her relationships and their sexual facets are an instinctive thing and not something to be intellectualised. However, the main thing that alarms Alia is the note Bea left on the diagram about asexuality. The tension between Alia and Bea during is tangible as both women try to keep their emotions in check while listen to the other’s point of view, but misconstruing the underlying message.

IT, the second play of the evening was written by Annabelle Rich and directed by Francesca Tennant. Most of the cast were recast for this play, with Josie Connor playing Alex, Elliot Janks playing Tommy and Emma-May Uden playing ‘It’. Allie (Annabelle Rich) is a young woman who is always accompanied by ‘It’, her ‘unseen’ eating disorder. Depending on the time of day and ‘situation’, the disorder’s influence on Allie ranges from ‘coercive’ to ‘duress’ as she wrestles with pressures, from without and within.

The new scene at the beginnng of the play really puts the eating disorder into perspective, when Allie is flustered at the thought of even having a spontaneous bite to eat. Running out of excuses for friends and her boyfriend, Allie must ask herself who is she not eating for, especially when her nearest and dearest are at their wit’s end with her. Asides from affecting all manner of social engagements, Allie’s behavour is making her unrecognisible to the people in her life – and not just her weight loss.

Written by Emily Renée and directed by Samuel Lane, The Circle examines the sexual boundaries of relationships, and the differences between men and women in terms of what they’re expected to be comfortable with. Meeting one night at a night club, ‘L’ (Ryan Woodcock) and ‘K’ (Emily Renée) hit it off straight away. The ‘one night stand’ leads to another… and another… until they naturally see each other regularly, exclusively. For ‘L’, the surprising thing about ‘K’ is her ‘open-mindedness’ to sex on the BDSM end of of the spectrum. As someone more accustomed to sex of the ‘vanilla’ variety, he’s out of his comfort zone. However, he acquiesces, trusting ‘K’ to guide him through this minefield, just as she naturally trusts him in this enterprise. But eventually even he crosses a lline, breaking the circle of trust and unable to reset things to how they were…

Just like A-Sexual-Being, chalk drawings on the floor play an important part in conveying ideas about the sexual aspects of relationships, though in this case it is used in a more abstract fashion. The chemistry between the leads is palpable and under Samuel Lane’s direction, the emotional uncertainty of both characters is well-realised. Renée’s writing does a brilliant job of subverting the stereotypes regarding gender sexuality.

Written by Francesca Tennant and directed by MJ Lee, Chittra Vritti takes a humorous look at coping with stress (or not) in the modern world. As a PA, Nat (Tracey Lee Sharples) is inundated with tasks from everyone in the office. Her probation review is imminent and she’s asked to work on an assignment over the weekend. In the meantime, Nat is beset with worries, but tries to ‘de-stress’ by partaking in yoga. The myriad of worries that encrouch on Nat’s mindspace are universally recognisable, but more importantly, authentically convey the  pressures women have to contend with. Just don’t mention ‘back rolls’ to Nat…

Watching these plays, I never got the sense that these were actors playing a role or given lines to play. In the moment, I believed they were who they said they were and the plays that focused on frank discussions of relationships have seldom been so candid.

When you’ve seen as many plays as I have and observe other work in a similar vein to Female Gaze, one realises while watching Rich Creative’s output the level of craft required to raise the bar so perceptibly. I look forward to catching their work in the future.

The Female Gaze & Other Stories Collection 2017 took place at the Cockpit Theatre on 12th December.