Meta-theatre is nothing new. It’s always existed in some form or other, but as the language of plays and films has evolved over time, the ‘story within a story’ is used more often to compare and contrast the acknowledged ‘fabricated’ reality on stage with the real world. In Sergio Blanco’s Thebes Land which is directed by Daniel Goldman, this distinction and the play’s proclivity to jump back and forth between the ‘realities’ is integral to its understanding. 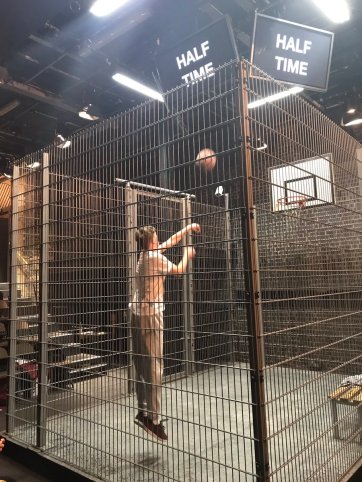 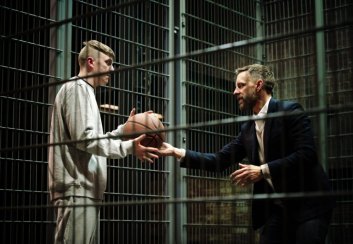 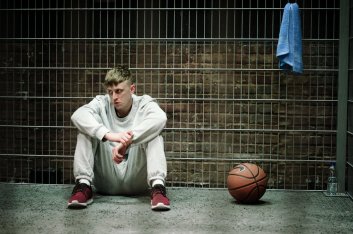 (c) Alex Brenner (info@alexbrenner.co.uk)
Some plays have the ‘author’ appear as themselves within the narrative to ask questions, such as The Power of Yes in 2009 with David Hare. Similarly, before Thebes Land begins in earnest, ‘T’ (Trevor White) the ‘writer’ of the show, addresses the audience about the nature of what they’re about to observe, before entering the large cage that stands in the centre. Within this cage is a young man (Alex Austin) ‘shooting hoops’ with a basketball. Initially introduced as Martin Santos – a prisoner ‘T’ is interviewing as research for his play – ‘Martin’ switches at a moment’s notice to ‘Freddie’, the ‘real’ actor who is workshopping the Thebes material. Asides from being a sounding board for ‘T’, ‘Freddie’ asks relevant questions about the meaning behind Martin’s words and what ‘T’ is trying to accomplish.

The expansion of Martin’s horizon by T’s regular visits are not unlike the way the prisoners respond in Timberlake Wertenbaker’s Our Country’s Good, to their own introduction to theatre. Wertenbaker’s play is a well-known piece of meta-theatre, so the allusion to this can be compared to the reflection of a mirror within a mirror, receding to infinity and each adding meaning to each other.

In a cerebral capacity, Thebes Land is a semiotic cornucopia, overflowing with layers of meaning that bleed into each other. But it is also a first class drama where emotions are key to making us care about the characters and their past motives. When viewed through the actions of his father, the nature of Martin’s one-but-horrific crime is less clear cut and from a psychological perspective, understandable, if not justified…

As the meaning of everything in the play is discussed and up for grabs, there is a point where the conversation turns to the rhetoric of theatre and its wider significance (or not)… After some initial reluctance, Martin speaks up when he doesn’t understand some of ‘T”s general vocabulary, which ‘T’ is happy to explain. However, when ‘T’ explains to ‘Freddie’ that ‘Martin’ is having trouble grasping the concept of a character ‘inspired’ by him rather than copied verbatim, ‘Freddie’ challenges him by remarking that people who aren’t theatre-literate won’t necessarily grasp the ideas and teminology that those in the Arts take for granted. The interesting thing is ‘T’ is taken aback by this, that there may be those who don’t… can’t… grasp the ideas he uses as the building blocks for his plays. It certainly opens up the debate on who is theatre for and how ‘inclusive’ they really are.

As the architect of the fictitious play within Thebes Land, ‘T’s attitude towards ‘artistic truth’ can be compared to the philosophy of Briony Tallis in Ian McEwan’s Atonement, where she modifies the ending of her own early autobiography to give her sister and lover the happiness they were cheated out of during their lifetimes. For ‘T’, a verbatim recollection of actual events isn’t necessary. What is of paramount importance is whether a narrative ‘feels’ true. By his own admission, the world of a play is so much better than objective reality. A play tightens its focuses on what is truly important, and obfuscated thoughts and feelings are coaxed out into the light.

White himself has once been quoted as saying: “The journey does not exist for the destination’s sake, it is the other way around. Unless of course you get lost.” That’s a fair summary of Thebes Land itself – it’s the holistic journey the audience makes with Martin and ‘T’ that makes this play so compelling on all fronts, rather than its offical purpose. As intellectually nuanced as it is, Thebes Land would be nothing without the chemistry and sensitivity of White and Austin’s performances, who breathe life into this exploration of the extremeties of man’s behaviour with the process of creativity. 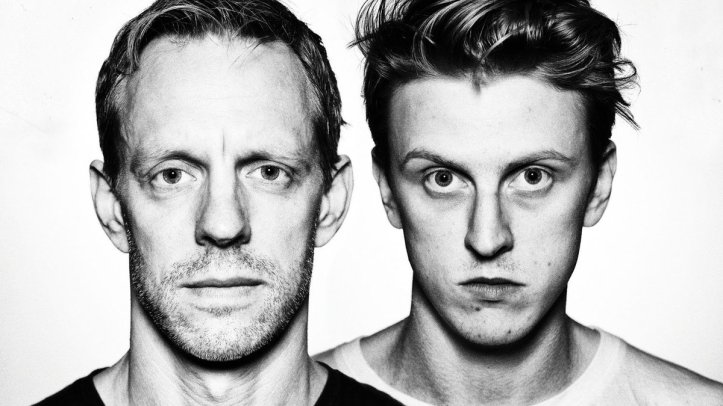