Write about what you know – so says the old adage. When it comes to examples of classic literature and stage plays that are at the very least semi-autobiographical, we are spoilt for choice: Carrie Fisher’s Wishful Drinking and Postcards From The Edge; Neil Simon’s Brighton Beach Memoirs; Sylvia Plath’s The Bell Jar; Lillian Hellman’s The Little Foxes; Tennessee Williams’ The Glass Menagerie and pretty much everything Charles Bukowski’s written. Which brings us to Tales From The Trundle… 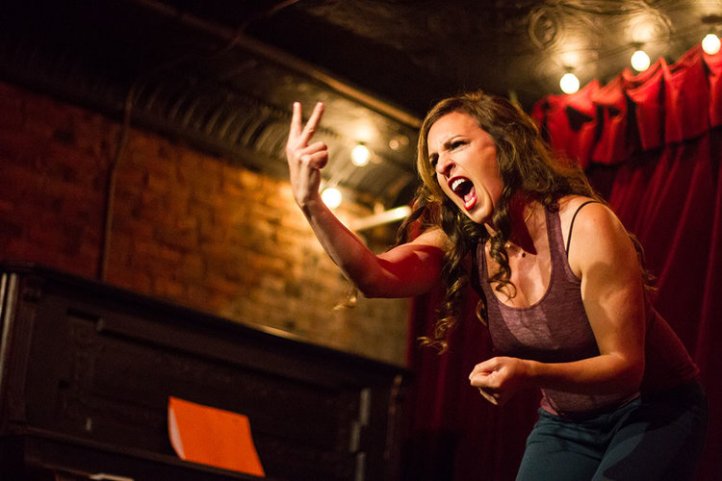 Written and performed by Francesca Van Horne, Tales From The Trundle is based on her life with her former husband and the efforts to save her marriage, despite his abusive behaviour. Divorce happens every day, but what separates her experiences from others is the extremeties of the things she faced. That and the ability to carry on and acknowledge the tragic-comic nature of her life.

As well as her alter ego ‘Valentina’, Van Horne plays a menagerie of different characters who one way or another make a difference in her life. There’s her best friend who berates her for always being late, her prayerful mother, the therapist, a maid who is always trying to get Valentina to put on weight and eat healthier, the instuctor of her SoulCycle class and of course her husband ‘Gary’… 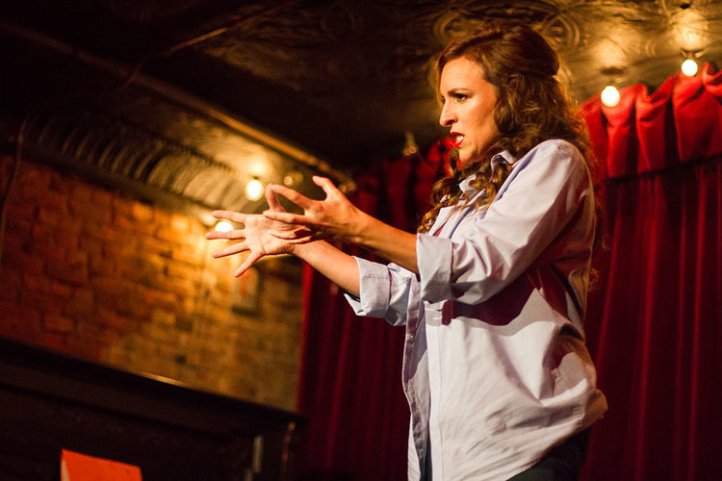 The details about Gary’s drug-fuelled verbal and physical abuse makes for grim listening, especially when you know that these events took place when her three children and even her parents were in the same house. So often women put up with the worst behaviour possible from their partners to protect their children. It also doesn’t help when one is told that the law is likely to side with the husband and give him custody of the children, regardless of his history of violence and drug addiction.

Of course there’s more to Van Horne’s life than relentless misery and following her marriage, we see her taking her first tentative in dating – the first time in 13 years. But while her rebound relationship (which starts out as a solid friendship) is infinitely better than her previous marriage, is it actually based on total honesty? There are also amusing anecdotes about meeting celebrites and the reason why we shouldn’t meet our heroes. 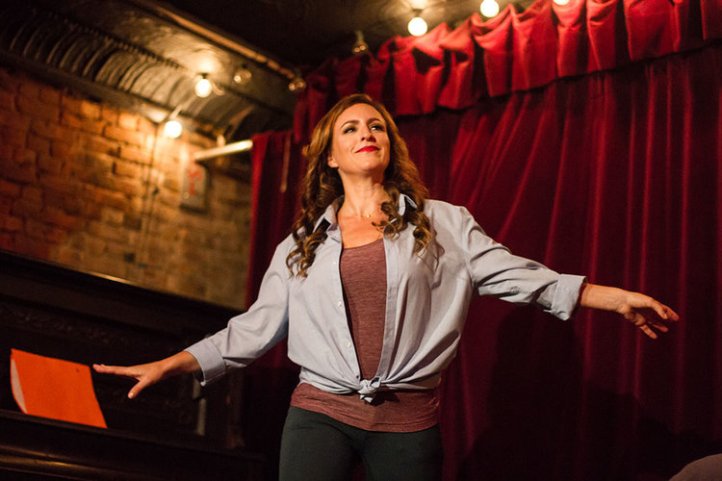 After what Van Horne has been through, it is remarkable – or perhaps not – that she can be so open and relatively well-adjusted about this period of her life. The one thing she wasn’t able to fully do during this period of her life was to tell the grimmest details of what was going on – even to those closest to her. Asides from being a way of creative catharsis, Tales From The Trundle offers hope to women who have been been through the worst of marital abuse. That while they may never forget their past, they don’t have to be defined by it and that it’s ok to have a modicum of happiness in one’s life.