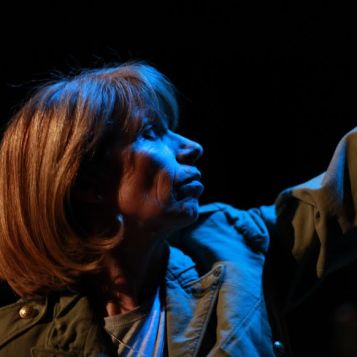 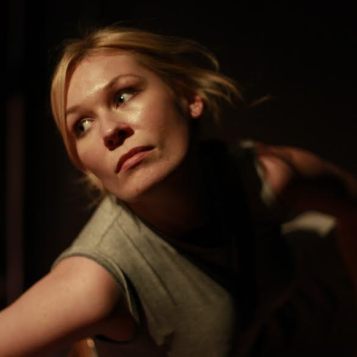 April 26th this year marked the 31st anniversary of the Chernobyl reactor disaster. Sweeping its way across Belarus, the radioactive cloud silently dispersed over countless miles, the isotopes absorbed by all forms of life. Chronicling this event, Svetlana Alexievich wrote Voices From Chernobyl over a 10-year-period, looking at the big picture – from the people who lived near the reactor to the government scientists and people from neighbouring towns. Twenty years later, the tome was adapted and directed by Germán D’Jesus of Ténéré Arte Theatre into a succinct, repackaged hour-long show. 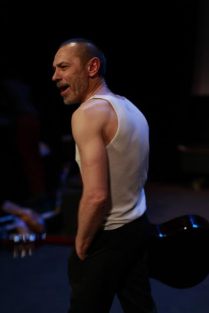 Essentially an overview of the event and aftermath, the play covers the initial night of the fire and the subsequent weeks, months and years as the long-term effects were made apparent. With dialogue spoken in Russian and English, the audience has a flavour of how the Belarusian population reacted in the face of no information from Moscow.

What Voices From Chernobyl does emphasise is the lack of urgency or fear from the local authorities and population. With only the local scientists stressing the precarious nature of their situation, a general laissez-faire attitude prevailed.

So how does Voices From Chernobyl differ from reports of other nuclear-related incidents? Shortly after the the United States dropped atomic bombs at the close of the Second World War, journalist John Hershey wrote a true account about five different individals days before-, during- and days after Hiroshima. By concentrating on a handful of people, the repercussions of the bomb were personal, yet universally relatable. I’m not saying that Chernobyl should have copied this format, just noting that other successful plays about catastrophes (Lung Theatre’s The 56,  Wildspark Theatre’s The Bombing of the Grand Hotel, Neil Bartlett’s take on Camus’ The Plague) have managed to be objective and dramatic at the same time, providing tension and gravitas from ongoing life-and-death decisions. While there isn’t a palpable sense of immediate danger, Chernobyl does a good job of highlighting the details that peope failed to notice and the general ambience of the period.

If there are lessons to be learnt from the play, it is that the impulsive fight or flight behaviour can be an appropriate response in this day and age, and not nothing kills people more than lack of education, facts and blind faith in the State.  To use an analogy, the people of Belarus were like a frog in a pan of water slowly heated. Not feeling anything immediately, they didn’t realise the severity of the situation until it was too late. That’s the real tragedy – the loss of life could have been minimised if there had been a healthy fear of what radiation can do.

Voices From Chernobyl runs at Brockley Jack Studio Theatre until 13th May 2017.